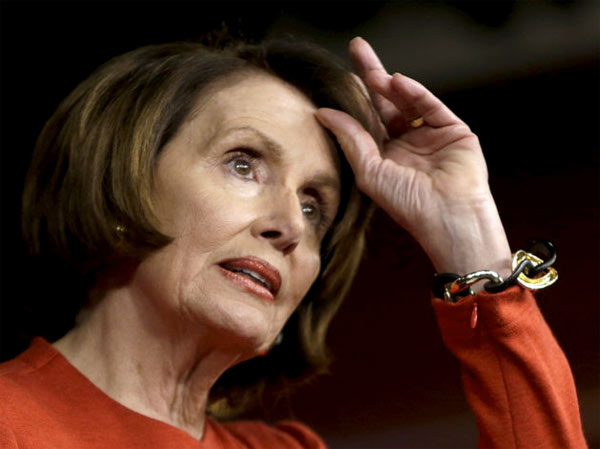 A group of House Democrats is organizing an effort that could slow down an Obama administration plan to reduce drug prices, according to a letter obtained by The Huffington Post.

The Department of Health and Human Services is working toward finalizing a new rule that would experiment with ending the financial incentive doctors have for prescribing some extremely expensive medications. The rule has been well-received among some patient advocates, but congressional Democrats have been largely silent, while the pharmaceutical industry and medical community have waged an aggressive campaign to stop it.

The campaign is bearing fruit. The letter from House Democrats, according to Drew Hammill, a spokesman for House Democratic Leader Nancy Pelosi (Calif.), was made necessary because Big Pharma and oncologist lobbyists had pushed many Democrats to the brink of signing a much more aggressive Republican letter. The letter expresses concerns with the proposed rule, but doesn’t call for it to be withdrawn.

“Members are outlining their concerns, but this letter is in furtherance of getting an effective rule in place under the current timeline. This in no way is an effort to slow down or undermine the administration’s efforts,” Hammill told HuffPost after this story published.

On Wednesday, Hammill said: “A number of members have expressed concern about the scope and size of this initiative while recognizing problems with current payment rules. Leader Pelosi hopes that CMS will continue to actively engage members and advocacy organizations as the particulars of this test are finalized.”

Hammill said Pelosi is urging members to sign the letter, which is being circulated by Rep. Richard Neal (D-Mass.).

The Democratic letter gives HHS the opportunity to quickly answer the questions and move forward with the rule, while the GOP missive aims to stop it cold. All of the tussling takes place amid the implicit threat to attach a rider to legislation that would block the rule. If Republicans think they can do so without much Democratic opposition, there’s little to stop them. Pelosi’s alternate letter can be seen as an attempt to show there is division between the parties in how frightened they respectively are of the powerful lobbies at work here.

Pelosi encouraged her caucus to get behind the Neal letter to fend off the GOP attack. In fact, Pelosi’s office even helped with the letter: Democrats forgot to scrub their data from the document before circulating it, and an inspection of its properties reveals that it was last handled by a health policy fellow in Pelosi’s office.

The Medicare drugs proposal is part of a larger push by the White House to tackle prescription drug costs, which are rising rapidly even as costs in other parts of the health care system have grown more slowly in recent years. The administration is limited in what it can do to ameliorate drug spending without new legislation, but convened a forum at the White House in November to air the issue and has issued a slate of smaller reforms.

Any effort targeting the pharmaceutical industry and a segment of the medical community’s wallets is bound to attract staunch opposition, as this Medicare plan has. The proposal launched a fierce lobbying battle, with drug makers, cancer doctors and some patient groups charging that the plan to shift the financial incentives to provide more expensive drugs, higher doses of the medicines or both would be harmful to patients and interfere with clinical decisions by health care providers.

Congressional Quarterly recently reported that “the pharmaceutical industry is spending record sums in Washington, amid rising congressional and regulatory interest in high drug prices,” noting that its spending in the first quarter of 2016 outpaced everything since 2010, the height of lobbying over Obamacare.

The pharmaceutical industry also is fighting back against a set of cost-cutting proposals released this month by the Campaign for Sustainable Rx Pricing, a coalition that includes the lobbying arms of the hospital and health insurance industries, physician societies, the seniors’ advocacy group AARP and large companies such as Walmart.

The rationale for the proposed regulation is that the current system not only can overpay for these drugs, but can encourage physicians to use medicines that are the most profitable to their practices instead of most appropriate for patients. The independent Medicare Payment Advisory Commission, which advises Congress on policy, has cautioned about these incentives and urged lawmakers to update the way these drug prices are set.

The change would affect medicines administered by doctors in a medical setting, not drugs purchased at pharmacies and taken by patients, and those costs are covered by Medicare Part B, the portion of the program that pays for doctor visits and similar services. Medicare spends about $20 billion a year on these medications, according to the Centers for Medicare and Medicaid Services.

Under a formula created during the George W. Bush administration, physicians who purchase these medicines for use in their offices are paid the “average sales price” of the drugs plus an additional 6 percent. The Obama administration wants to reduce the markup to 2.5 percent plus a fee of $16.80 per day. The regulation also would call for experiments with other payment methods, including linking the amount doctors get to how well the medicine works to treat patients’ illnesses.

As one senior House Democratic aide put it in an email:

Basically the old system was really good for doctors — they got paid more if they prescribed really expensive drugs because they got a percentage of the cost of the drug. So guess what they did? It doesn’t take a rocket scientist to figure that out. We’ve been trying to solve this problem for awhile and the spike in drug costs has made it even more urgent. The administration certainly went big and bold with this proposal but many people think it will be dialed back somewhat in the final version. Only a few specialties will really lose out, the others will actually benefit. But those specialists are the ones who have been making tons of $ on a broken system. Is it their fault the system is broken? Of course not. Is it their fault that drug costs have gone up so much? No, but you didn’t see them complaining too much either.

Kevin Griffis, a spokesman for the Department of Health and Human Services, told HuffPost comments from Congress along with other public comments would be considered before the proposal is finalized.

“Americans from all walks of life have felt the impact of the high cost of prescription drugs, and it continues to be a prime driver of spending across the health care system,” he said in a statement. “The administration’s Part B proposal seeks to deliver better value for consumers and Medicare, while ensuring that doctors and patients continue to have access to life-saving drugs. That’s why the proposal enjoys support from a diverse set of voices — from AARP to the American Academy of Family Physicians to the former head of the Centers for Medicare and Medicaid Services under George W. Bush.”