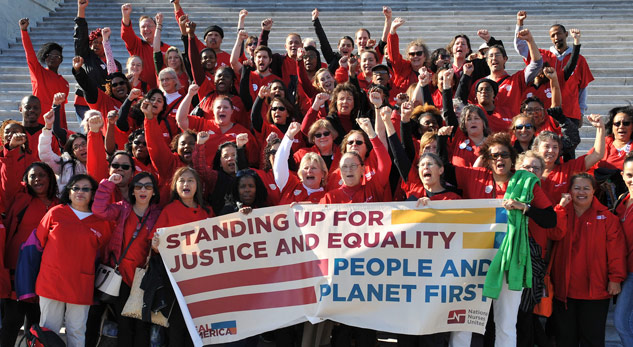 The union is made up of … YOU! So the first step is to educate yourself and your colleagues, in a network of nurses covering every unit and shift, about how an NNOC/NNU contract protects your rights. Learn more by checking out NNOC/NNU 101 (which you can pass out on non-work time, in non-work areas) and holding informational meetings.

When there is enough support for forming a union, nurses will circulate NNOC/NNU authorization cards. Signing a card—which your employer is not allowed to see—doesn’t make you an NNOC/NNU member or commit you to pay dues. It just means you’re interested in holding an election.

Once a strong majority of RNs has signed cards, the cards are given to the National Labor Relations Board (NLRB), the federal agency governing union elections—or other appropriate agency that conducts elections by secret ballot. Your employer does not know how you vote. NNOC/NNU representation begins once an election has been won by a simple majority. In some cases, signing cards can count as voting.

Once you win an election, your employer can no longer change existing practices without bargaining with you first. Nurses win the best contracts when they are well-organized, unified, and committed to strong participation in their negotiations.

Get Started: Organize with NNU