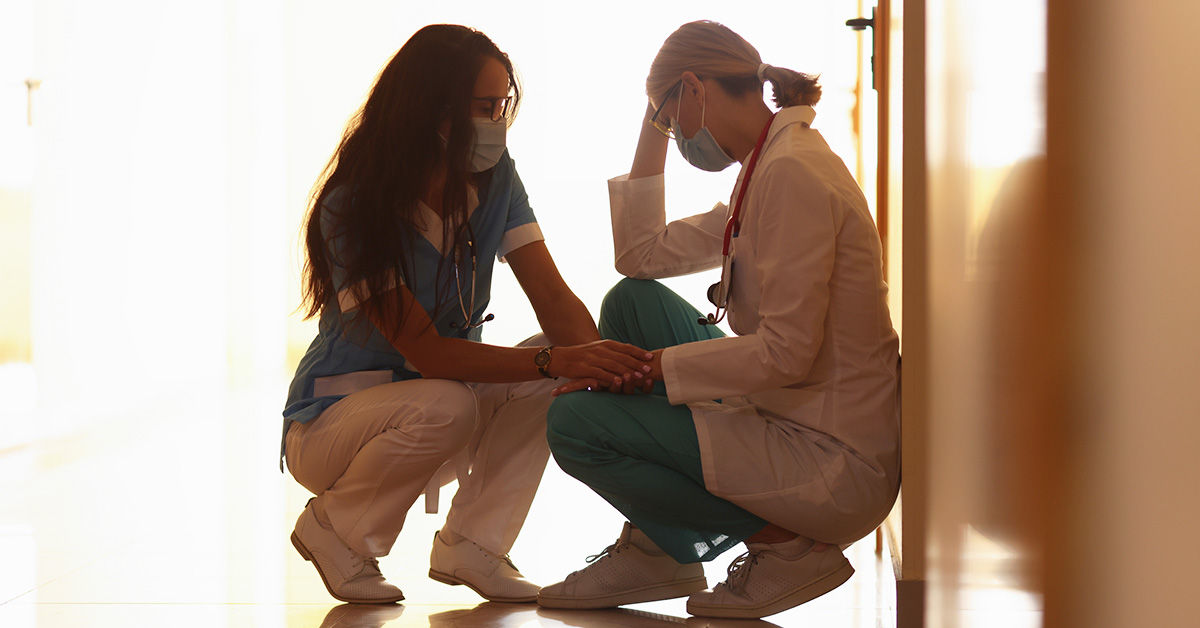 Yet another tragic mass shooting — this time at a Tulsa, Okla., hospital — demonstrates the importance of legislation currently in the U.S. Senate that would provide substantial safety protection for our nation’s health care workers, patients, and their families, noted National Nurses United (NNU) today.

S. 4182, the Workplace Violence Prevention for Health Care and Social Service Workers Act currently supported by 27 Senators, would mandate that the Occupational Safety and Health Administration (OSHA) create a federal standard requiring health care and social service employers to develop and implement a comprehensive workplace violence prevention plan. S. 4182 is a companion to H.R. 1195, which passed the House of Representatives in a strong bipartisan vote in April 2021.

“Tulsa’s terror on Wednesday should remind us all of both the accelerating incidents of violence in health care settings and the urgency of legislative action to safeguard our caregivers, other health care staff, and every patient or family member in those facilities,” said NNU President Jean Ross, RN.

Reports now confirm that the Tulsa gunman was a former patient who, according to The Washington Post, murdered two doctors, a receptionist, and another patient in an orthopedic clinic at the St. Francis Hospital Natalie Building. He was also reportedly armed with an AR-15-style weapon he bought on the same day as the attack, a reminder also of the need for a national ban on assault weapons, added Ross.

“If the caregivers who save our lives and who provide therapeutic healing when we are at our most vulnerable cannot be safe, we are all in danger,” said Ross. “Protecting public safety must be a top national priority. As the past few weeks have grimly proven, we have a horrifying national crisis of public safety, whether it is in our schools, supermarkets, houses of worship, or hospitals.”

“With S. 4182, there is legislation ready to be enacted to address a vital part of the national solution for this emergency,” Ross added. “We urge the Senate to act.”

S. 4182 was introduced in the Senate in May by Sen. Tammy Baldwin, D-Wis., at a press conference that also included Rep. Joe Courtney, D-Conn., chief sponsor of H.R. 1195, as well as NNU President Ross and representatives of the AFL-CIO, American Federation of Teachers, United Steelworkers, and American Federation of State, County and Municipal Employees.

“We need the Workplace Violence Prevention for Health Care and Social Service Workers Act to help protect us on the job, so we can continue to care for you, your loved ones, and our communities,” Ross said then. “We strongly urge the Senate to take up this bill with the urgency it deserves, pass it, and send it to the president’s desk for his signature.”

Between 2011 and 2016, as reported in the U.S. Bureau of Labor Statistics Census of Fatal Occupational Injuries, at least 58 hospital workers died as a result of violence in their workplaces. In 2016, the Government Accountability Office found that health care workers at inpatient facilities were five to 12 times more likely to experience nonfatal workplace violence than workers overall.