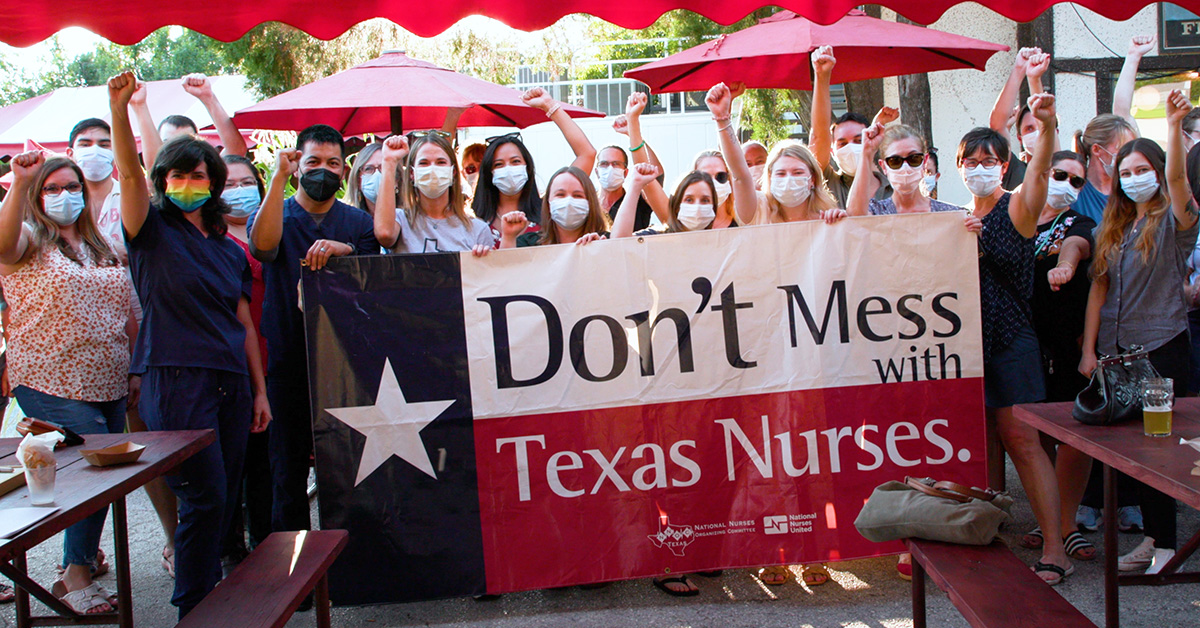 “We feel so excited that we have elected a bargaining team that is committed to addressing our most pressing concerns: patient safety, staffing, and retention of nurses,” said Celeste Schmid, a registered nurse who works in the intensive care unit. “Nurses are committed to bringing the highest quality of care to our community, and we feel strongly we can do that through our contract.”

“We decided to form a union to ensure our voices are heard as decisions about patient care are being made,” said Angelito Dela Cruz, RN in the pulmonary/renal unit and member of the negotiating team. “We are well aware of the improvements that nurses across Texas have been able to make as members of the NNOC/NNU family.”

ASMCA is now the largest private-sector hospital in Texas to form a union, with over 900 nurses represented by NNOC/NNU.

NNOC/NNU represents some 3,300 nurses in Texas. In their contracts, these NNOC/NNU nurses have secured agreements from their hospitals which mandated stricter enforcement of staffing grids and improved infection control measures, including a provision requiring single-use optimal protection with a suspected or confirmed Covid-19 patient. Other notable Texas wins have included wage increases of up to 19 percent over a three-year period and the creation of a committees to promote diversity, equity, and inclusion on race, gender, age, and sexual orientation in hospital recruitment, retention, and promotion.

ASMCA is owned by Ascension, one of the largest non-profit and Catholic health systems in the country. In fiscal year 2021, Ascension reported a net-income of more than $6.4 billion dollars. Last Thursday, more than 600 RNs at Ascension Via Christi St. Francis in Wichita, Kansas, voted overwhelmingly to join NNOC/NNU.