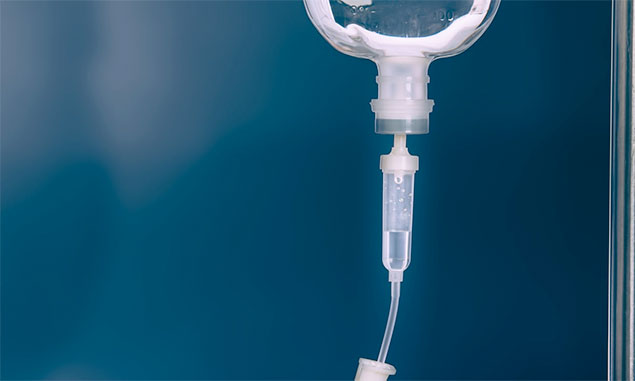 ‘I have been in practice for 27 years and this is the worst shortage we’ve ever had,’ one nurse said. Photograph: jes2ufoto/Getty Images/iStockphoto

Hurricane Maria crippled a key maker of fluid bags, and as ‘wellness’ clinics pay a 600% markup, hospitals unable to afford them scramble to make do without

But when Hurricane Maria struck Puerto Rico last September – wiping out the electrical grid and crippling one of the United States’ only manufacturers of IV fluids – Kitfield’s sources ran dry.

“That was a nightmare,” Kitfield said. “We actually lost a lot of money during that period.” He ended up turning to medical supply resellers, paying as much as a 600% markup for the sterile bags of saline solution that play a critical role in modern medicine.

But what worked for Kitfield and his affluent customers is not an option for the country’s entire healthcare system, which has been hobbled by a nationwide shortage for months now.

Hospitals don’t have the money to pay that kind of markup,” said Erin Fox, director of the University of Utah’s drug information service, where she tracks and studies drug shortages.

The University of Utah’s hospital usually goes through about 800-1,000 “mini-bags” of IV fluids every day. Since the shortages began, Fox said, they are struggling to get by with less than half that.

“We’ve seen some pretty terrible shortages,” said Fox. “This shortage proves that things can always get worse... It affects every single medication that we are giving in our hospital.”