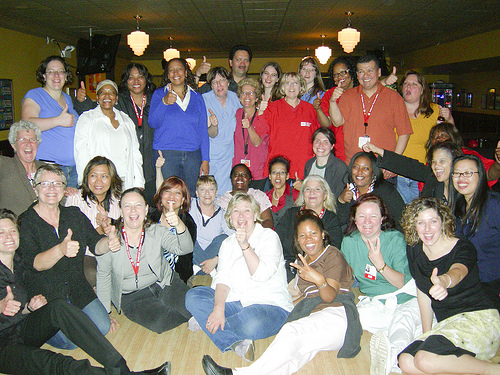 The 1,300 UCMC RNs say they will use the clout of their new national union to press for critical patient safety changes at the medical center, including improved patient staffing and an end to scheduling practices that undermine patient care conditions.

In a secret ballot election conducted by the National Labor Relations Board, the RNs voted to switch to NNU from their former representative, the Illinois Nurses Association, by a margin of 627 votes for NNU,  335 votes for INA, and  22 for no union.

NNU, which has 155,000 members across the U.S. and is the largest RN union and professional association in U.S. history, also represents RNs at the Cook County Bureau of Health Services.

NNU Co-President Jean Ross, RN of Minnesota greeted the vote by the RNs. “We are pleased to welcome the University of Chicago RNs to the family of our national nurses’ movement,” said Ross.

“The UCMC nurses have worked very hard to enhance patient care conditions and secure better standards for patients and nurses. They will be right at home with RNs very much like them across the country, and will have the collective power of nurses from coast to coast behind them,” Ross said.

“We are thrilled to join with our nurse colleagues at Cook County and around the nation to achieve concrete improvements, such as minimum nurse to patient ratios with additional staffing based on patient acuity and other workplace standards,” said Marianne Curia, a neonatal intensive care RN at UCMC. “We have seen the tremendous achievements of NNU members and are proud to join them.”

The University of Chicago Medical Center is one of the most prominent hospitals in the region – Michelle Obama served as its Vice President for Community and External Affairs at the Medical Center prior to moving to Washington – but has eroded standards that affect both the quality of care and the ability of the hospital to retain its most experienced professional RNs, nurses say.

Tom Magana, an intensive care unit RN at the hospital, said the nurses are concerned about “the future of patient care” at UCMC and a long history of hospital management “ignoring the nurses’ contract and our efforts to promote improved care conditions and professional standards that are necessary to protect our patients and promote the retention of experienced RNs and recruitment of new nurses.”

While UCMC nurses recently ratified a recent contract after long, arduous negotiations with UCMC that included three separate contract votes, the switch to NNU will give the nurses impetus to reopen the agreement to pursue essential changes, UCMC RNs say.

Top priorities will be enhanced safe staffing with minimum nursing ratios and bringing a halt to mandatory shift rotation in which nurses are forced to continually shift between working days and nights which studies have documented lead to performance deficits from fatigue, sleeplessness, and reduced alertness.

“The hospital’s practice of shift rotation has serious consequences for patient safety and can result in medical errors,” said Muriel Lee, RN. “It is disgraceful that the hospital continues to put patients and nurses at risk. With NNU representation, we are going to bring this practice to an end.”