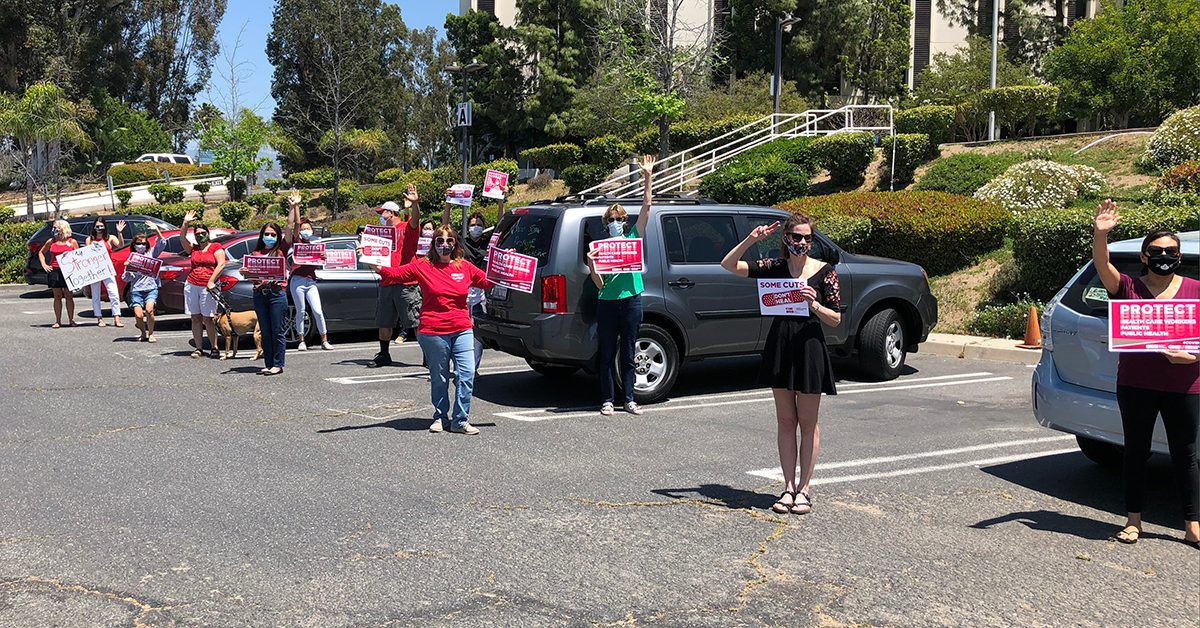 Tri-City RNs have repeatedly raised serious concerns with management about the ongoing short-staffing crisis at Tri-City Medical Center. The short-staffing problems have been persistent throughout the pandemic, leading to a high turnover and low morale of nurses, RNs have said. Meanwhile, hospital management has failed to respond to nurses urgent staffing concerns.

Tuesday’s action intends to publicly press the hospital to do what it takes to improve staffing and patient care for the short and long-term.

“Throughout the pandemic, nurses have confronted hospital management about the unsafe staffing and punitive work environment at Tri-City," said NICU RN and Chief Nurse Representative Leticia Hallahan. "We are disappointed that more has not been done to address these concerns. That is why we are standing up publicly and demanding that the hospital fix these staffing problems because our community deserves safe patient care.”

High RN turnover and a punitive work environment have resulted in nearly 40 percent of RNs from telemetry and ICU to leave Tri-City in less than two years, which compromises patient care and has led to nurses missing their rest and meal breaks.

“We have seen an exodus of nurses leave telemetry, ICU and several other units. Many transferred to other medical facilities in San Diego County or left the profession, including experienced RNs,” said Alyce Budde, a hospital RN with more than 40 years as a nurse. “Nurses can go an entire shift without breaks and this type of disrespect has led to nurses facing moral distress and injury."

California Nurses Association represents more than 500 nurses at Tri-City Medical Center and is affiliated with National Nurses United, the nation’s largest and fastest-growing union and professional association of nurses, with more than 175,000 members nationwide.