Summit Nurses Hold Vigil For Nurse Who Died Of COVID-19 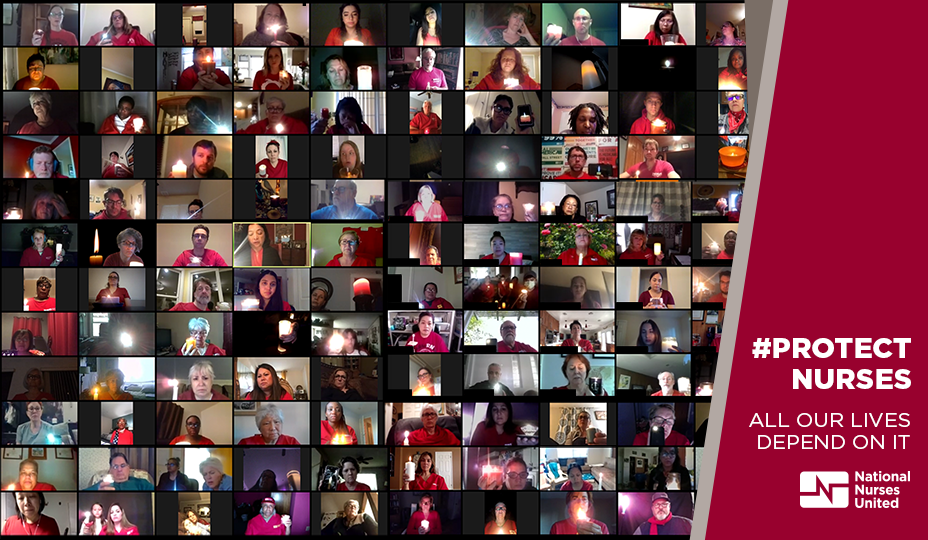 On Tuesday, July 21, registered nurses will hold a vigil at Sutter Alta Bates Summit Medical Center in Oakland, to remember their colleague Janine Paiste-Ponder, RN, who recently died of COVID-19, the California Nurses Association (CNA) announced today. Paiste-Ponder had been a member of CNA for more than 25 years.

“Janine was an exceptional nurse. She was funny, she always helped. She was our friend, she was our sister, she was our coworker. And I can’t believe she is gone,” said Paiste-Ponder’s colleague, Toya Randle, RN.

“Nurses are gathering to pay tribute to an incredible colleague,” said California Nurses Association Executive Director Bonnie Castillo, RN. “And we are also here to say that when Janine signed up to care for her patients at Summit, she did not sign up to sacrifice her life. Nurses need optimal personal protective equipment (PPE) and testing, and they need it now.”

Randle, who also recently tested positive, says the hospital should have been doing more to protect its employees. She and Paiste-Ponder worked in the medical/surgical unit, where nurses were sometimes assigned five patients at once, including positive and non-positive patients. They would then have to change into and out of the same personal protective equipment (PPE) in one shift, as they alternated between patients, not knowing whether they were exposed along the way.

Summit nurses also report that the hospital has a policy of only testing symptomatic nurses, even if they have had a known exposure. Randle says she was exposed to a known positive patient but not tested until she lost her sense of smell and taste. She tested positive on Wednesday, July 15.

“I never got a letter from HR. I never had any word,” Randle said. Two days after Randle’s positive result, Paiste-Ponder lost her life on July 17. Summit nurses say their colleague should still be here today.

“I just want Summit to know that they lost an amazing nurse. She was a loving wife, a loving mother,” Randle says of her colleague of around two decades. “All the nurses have been pleading and expressing their fears of what could happen … It falls on deaf ears.”