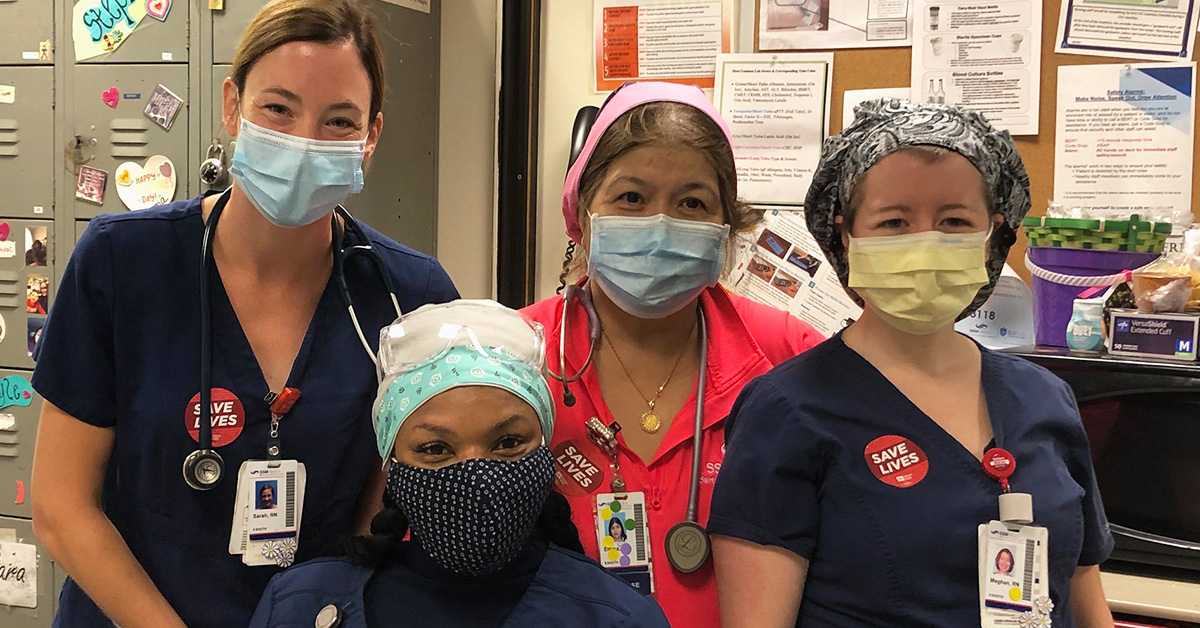 In a vote conducted by the union between April 20 and April 24, 93 percent of participants, and a majority of all eligible nurses, voted “no confidence” in the leadership of Chief Nursing Officer Rita Fowler and Human Resources Director Chris Greenley.

Nurses called the vote because decisions made by SLU Hospital administration have been detrimental to staff recruitment and retention, and therefore patient care. The hospital currently has a more than 30 percent vacancy rate for nursing positions, up from less than 10 percent in the summer of 2021. Despite a growing number of vacancies—currently more than 235—SLU Hospital has only onboarded 14 staff nurses in the last three months. Most of the current RNs were hired at SLU Hospital before the Covid-19 pandemic began.

“These numbers aren’t just about moral distress and exhaustion from working during the pandemic or nurses leaving for traveler gigs,” said Earline Shephard, RN. “We know why people leave. It’s the little things that could be fixed but aren’t. We are waiting weeks for a response when a piece of equipment is broken or a payroll error occurs. It feels like a slap in the face when nurses aren’t supported and valued after being expected to be superheroes for the last two years.”

Greenley and Fowler have repeatedly rejected suggestions made by RNs to improve retention, morale, and safety. Overall staffing numbers continue to worsen, yet SSM recently cut extra shift incentives and overtime pay. In late 2021, Greenley announced that the hospital intended to offer retention bonuses and increase hiring bonuses, and then failed to follow through on those promises.

Despite nurses raising numerous staffing and safety concerns in advance, SLU Hospital opened an additional 15 beds in the former main hospital building on March 1, 2022, and has announced plans to open an additional 25 beds on July 1.

“We are opening our doors to more and more patients when we don’t have the staff to care for the ones we already have,” said Meghan Boresi, RN. “We’re relying on temporary staff and nurses working overtime, but that’s not a recipe for quality care. Nurses don’t want to go home wondering if we missed something because we were exhausted or were the only nurse on that shift who really knew the hospital policy and protocol.”

Nurses have also filed a complaint with the National Labor Relations Board against the current administration for prohibiting nurses from talking about safety and pay issues on their own time in break rooms. SSM has spent thousands on lawyer and arbitration fees rather than resolving wage theft grievances that have been going on since 2020. The nurses’ current union contract will expire in June 2023.