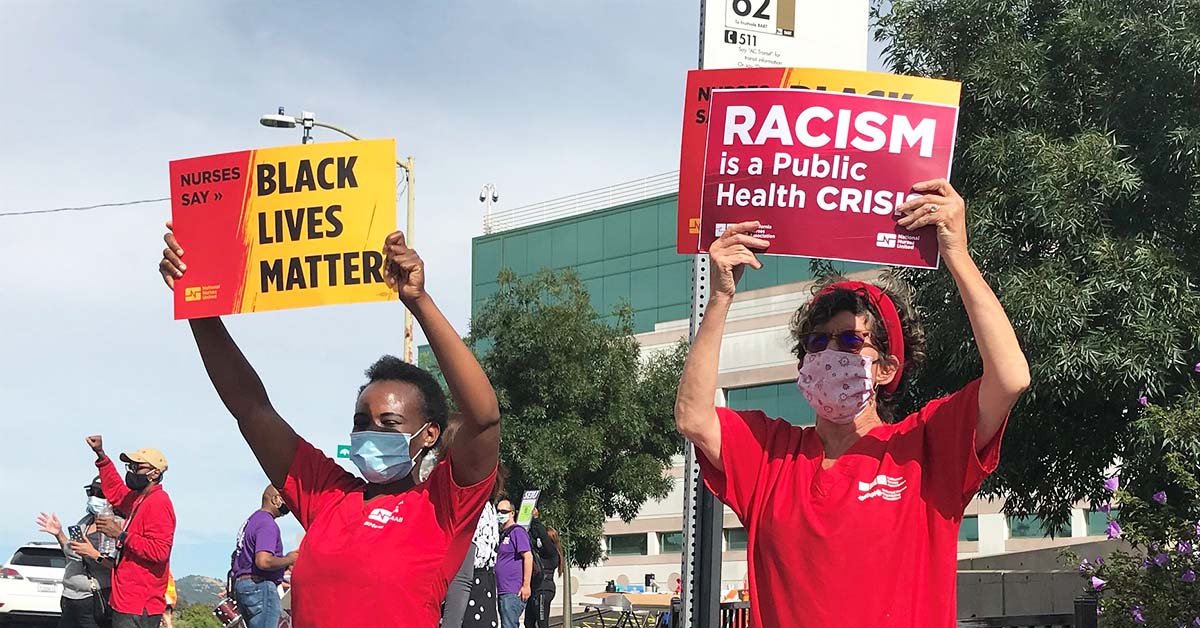 National Nurses United (NNU) welcomed the conviction of the three white assailants, Gregory McMichael, Travis McMichael, and William Bryan, Jr., on most of the counts for the murder of the unarmed Black jogger Ahmaud Arbery in Brunswick, Georgia today.

“This verdict will hopefully send a message of reckoning that it is long past time to hold accountable the perpetrators of an obviously racially motivated vigilante murder,” said NNU President Zenei Triunfo-Cortez, RN. “While we await the decision on the sentencing for the killers, this is an important moment for Ahmaud Arbery’s family, community, and the nation.”

However, the trial outcome should not obscure the deeply rooted flaws of a criminal legal system plagued by the legacy of structural racism that remains pervasive throughout U.S. society.

“It has long been evident that racism is deadly,” said Triunfo-Cortez. “As frontline practitioners, nurses see the severe adverse health and social consequences for affected families, their communities, and democracy itself. This trial shows us how this is evident in the unequal access to safety, security, and justice for Black people and other people of color.”

The case brought reminders of how deeply racism is baked into the legal system from the pretrial treatment of the white suspects, to the purging of Black jurors, to the use of dog-whistle racism by the defense, to pro-vigilante legal precedents dominating Georgia law, and to the wider political climate surrounding the trial.

NNU hopes both the trial of the three men guilty of the murder of Ahmaud Arbery and the acquittal of Kyle Rittenhouse in Kenosha, Wisconsin, will escalate efforts for transformative changes to our legal system, including even minimal reforms ensuring state and federal courts adopt policies and procedures to ensure communities of color are fully represented in the jury selection process as well as the repeal of laws that protect and encourage vigilantism and wider changes to the political and social priorities of the United States.

“We live in a nation on the edge of disaster,” said Triunfo-Cortez. “Violence, vigilantism, death threats, racism, and other forms of bigotry and hatred are never acceptable. We all have an obligation to speak out and act in our workplaces, in our communities, and at the polls to resist right-wing racist violence in all its forms. We must take action to promote a democratic society built on care, respect, and solidarity.”