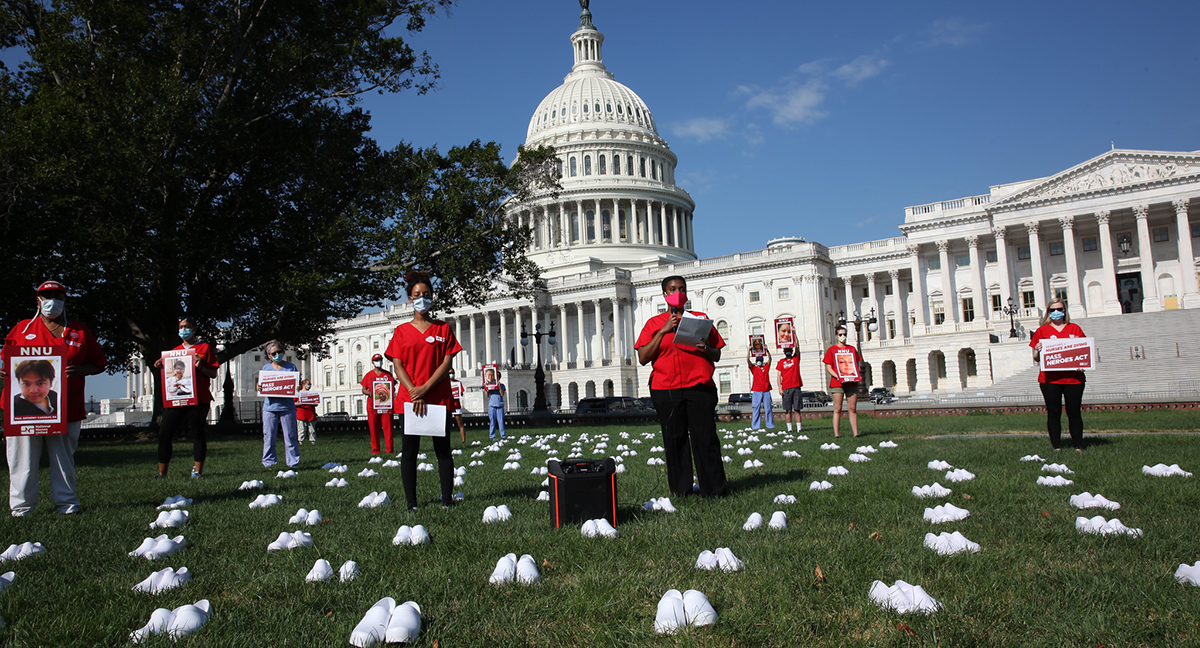 “The filibuster is an undemocratic rule that has long been used to block legislation that has widespread public support and is in the broad public interest,” said NNU President Jean Ross, RN, following a unanimous vote by the union’s executive council.

“It is a sad reality that the Republican leadership used the filibuster to make the Senate almost ungovernable during the prior Democratic administration, and it threatens to act in a similar manner today,” continued Ross. “We cannot let the minority hold our democracy hostage.”

Key legislation that NNU said should be permitted to have an up or down vote include:

Among other reforms threatened by the filibuster: the long overdue $15 minimum wage, workplace violence prevention, infrastructure improvements and other job bills, climate change action, environmental protections to reverse the damage of the Trump administration, and more.

NNU leaders noted that the filibuster was not a part of the U.S. Constitution or the design of the Senate. James Madison, a principal architect of the Constitution, notably warned in the Federalist Papers that, “In all cases where justice or the general good might require new laws to be passed, or active measures to be pursued, the fundamental principle of free government would be reversed. It would be no longer the majority that would rule: the power would be transferred to the minority.”

Most notoriously, filibusters were employed to protect slavery then, post-Civil War, they were used for decades by Southern senators to block anti-lynching bills and to kill efforts to reverse Jim Crow restrictions on voting rights and prohibitions on housing, employment, and workplace discrimination. “The inseparable linkage of the filibuster with the most virulent racism in our history is an enduring and lasting shame,” said Ross.

“We urge the Senate to change its rules to allow for simple majority votes on all legislation moving forward so the work of the people can be done,” she said.