Nurses to Get Out the Vote for Sanders in New Hampshire

Registered nurses from New Hampshire, Massachusetts and Maine will gather in Manchester, NH Monday and Tuesday in the final push to get out the vote for Sen. Bernie Sanders in the first in the nation primary Tuesday.

The RNs, members of National Nurses United, the largest U.S. organization of nurses, will participate in door knocking, phone banking, and other campaign activities as NNU members have been doing for weeks in New Hampshire, Iowa, Nevada, and other states. 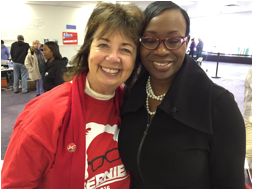 “As an organization that is 90 percent women, we’d love to break the glass ceiling.

But for now, we want to break the class ceiling which is primarily crushing women, and people of color, as well as working men,” says Higgins. 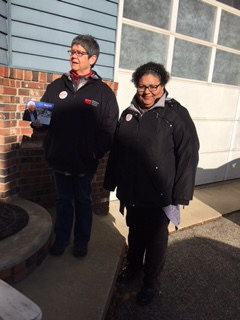 “It is Bernie Sanders who shares our values of caring, compassion and community to heal America,” Higgins said. “Bernie shares our values when he pledges to work, as he has done his entire career, to end the international embarrassment of the United States of America being the only major country on earth that does not guarantee healthcare to all people as a right. And together we are going to end that embarrassment. “ 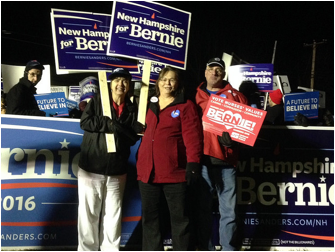