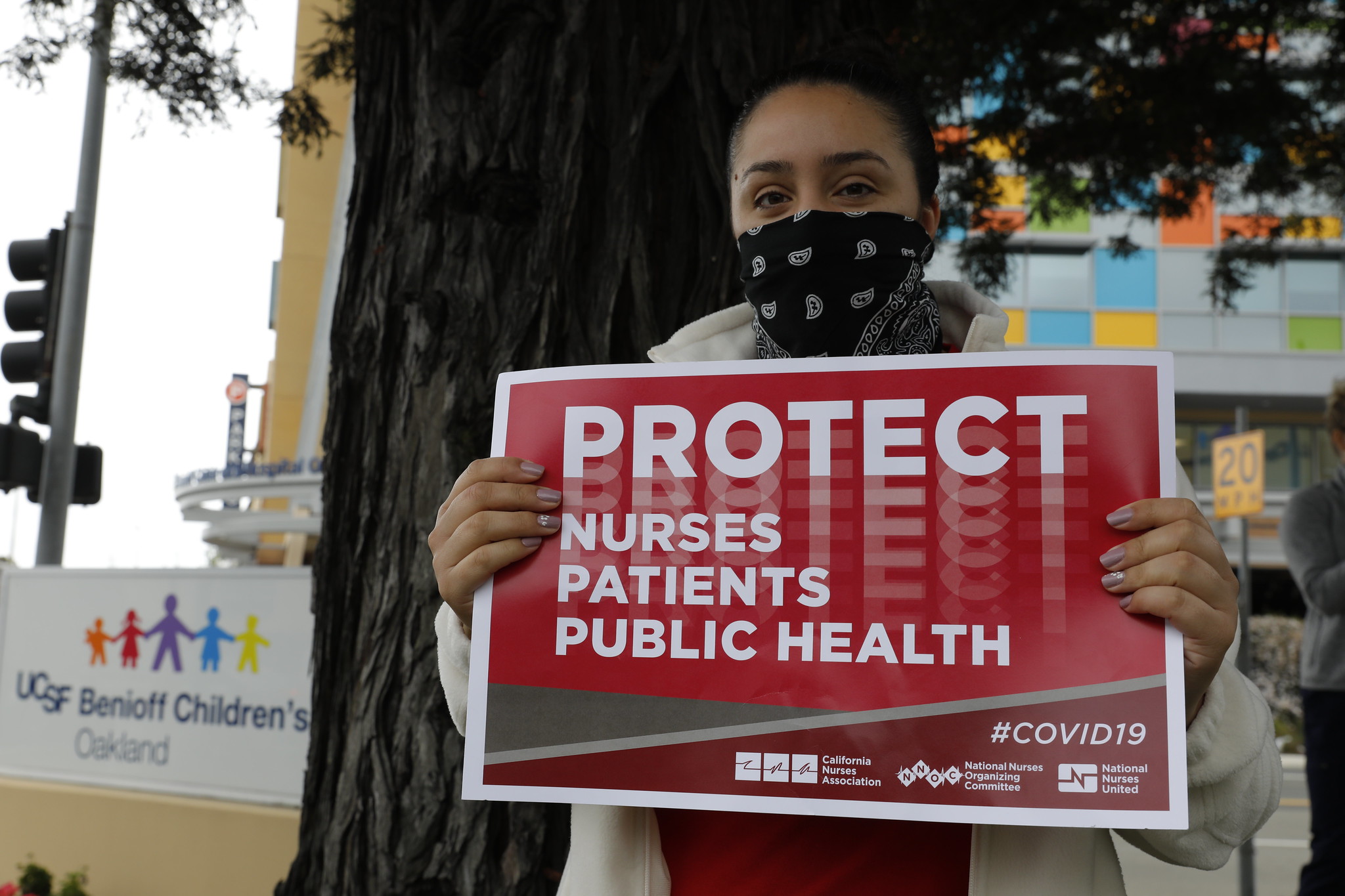 Following reports of a growing racial disparity in COVID-19 deaths, National Nurses United today called on the federal government and states to provide full reporting on the demographic breakdown of the effects of the pandemic and what actions are being taken to protect historically medically underserved communities.

Similar concerns are emerging of a greater impact for Native American, Latino, and other medically underserved communities, noted NNU.

“These early reports indicate a widespread pattern and problem throughout the U.S. especially given the long, deplorable history of racial disparity in health care in access to medical services and treatment,” said NNU Executive Director Bonnie Castillo, RN.

“More reporting of who are the hardest hit communities is essential," Castillo said. “We must rapidly expand testing and treatment, including elimination of all out-of-pocket costs, and prioritize placement of full healthcare services for those in African American, Latino and Native American communities who are bearing an unequal burden and suffering in this national emergency.”

Among the reports to date:

Louisiana – African Americans account for 70 percent of the deaths (more than double their percentage of the state population,) according to Louisiana’s Department of Health. New Orleans is a major hot spot of those deaths.

New Mexico – Gov. Michelle Lujan Grisham told President Trump this week about "incredible spikes" in COVID-19 cases among Navajo nation residents warning that the virus could "wipe out" some tribal nations, said a news report. “We're seeing a much higher hospital rate, a much younger hospital rate, a much quicker go-right-to-the-vent rate for this population. And we're seeing doubling in every day-and-a-half," she said.

Disproportionate rates of COVID-19 cases among African Americans have also been cited in Mississippi and rural counties in Georgia.

Many states and the Centers for Disease Control and Prevention are still not reporting demographic data on the death and infection rates.

Castillo said the lack of reporting from other states, such as Texas, may reveal similarly high rates that many believe are occurring among Latinos and other vulnerable populations that also have historic rates of racial health disparities.

Multiple factors likely contribute to the widespread racial disparities, said Castillo. Those include higher levels of lack of insurance, fewer healthcare services and other resources, as well as higher levels of preexisting health conditions, which are major risk factors for COVID-19 deaths.  African Americans, Latinos, and Native Americans are disproportionately affected by all those variables. The Louisiana state data, for example, reported 66 percent of those who died had hypertension.

Additionally, due to discriminatory economic factors, African Americans and Latinos are disproportionately concentrated among people who are still working in “essential” services and are less likely to have had access to the limited supply of testing, including low-wage grocery stores and restaurants, public transit, and many lower wage healthcare workers. It has been reported, for example, that in Philadelphia, higher income residents have been tested for the virus by as much as 600 percent more than lower income residents.

To make matters worse, those in the hardest hit communities are statistically less likely to wear face masks in public for their own protection due to societal racism and fear of being racially profiled by police, which increases their risk of infection.

“This pandemic brings into sharp focus the long, appalling history of racism in our healthcare system, and the need for fundamental overhaul with Medicare for All that would address, finally, the widespread disparity in access to care and ensure that medical care will no longer be based on ability to pay, race, ethnicity, prior health condition, or immigration status,” Castillo said.

“As a nation, we cannot be silent, and we must act,” Castillo said.