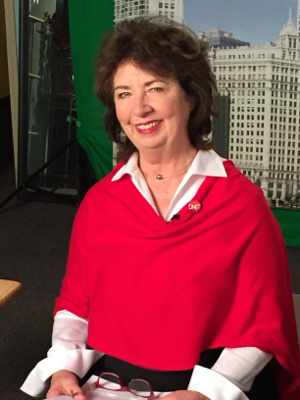 Asking “whose life doesn’t matter,” National Nurses United Executive Director RoseAnn DeMoro late Friday called on members of the Democratic Platform Drafting Committee to place a commitment to fighting for guaranteed health care for all, through an improved and expanded Medicare for All.

DeMoro also urged the committee to state “unequivocal” opposition to the Trans Pacific Partnership pact, citing in particular the massive concessions it provides pharmaceutical industry giants that “could be a death sentence for countless patients in need of affordable medications around the world.”

DeMoro, who had been proposed by Sen. Bernie Sanders as a member of the committee only to be vetoed by the Democratic National Committee on the pretext of restricting union voices in DNC policy bodies, testified to the committee via Skype Friday.

In her written testimony, DeMoro noted, “Even with the improvements of the ACA, nurses every day experience the pervasive problems that remain with our broken and dysfunctional healthcare system that compromises their ability to provide the care their patients need and deserve.”

DeMoro criticized former Secretary of State Hillary Clinton’s policy proposals as inadequate that will ot “alleviate the primary concern of Americans that they can not get the care they need. These market reforms only serve to strengthen the healthcare industry grip on our health rather than save patients’ lives.”

“Patients are not consumers in a healthcare industry – or they shouldn’t be. Yet, the perverted system we have is really an industry based on maximizing revenue through increasing reimbursements to all sectors – corporate hospitals, insurance companies, medical device manufacturers and most of all, big Pharma.

She called it a “moral imperative” to demand guaranteed healthcare for all.”

“The hidden reality is that tens of millions of Americans remain uninsured or underinsured. It’s long past time to bring these people out of the shadows.

“It’s not good enough to blame Republican governors or the Supreme Court for the 28 million people who remain uninsured.  Guaranteed healthcare for all must be a uniform, national obligation that the Democratic Party makes a priority, not a vague concept dependent on the vagaries of which states will pass Medicaid expansion.”

“Tens of millions more remain underinsured – unable to get the care they need even if they have health insurance. Insurance is not care, and useless if you can’t get medical treatment when you get sick or face bankruptcy or the terrible choice of paying for care or paying for your housing costs or food for your family.”

DeMoro also cited the recent Gallup poll showing 58 percent of Americans support Medicare for all, the very plan proposed by Sen. Sanders, and urged by NNU for decades.

“Americans worry about the cruel financial barriers to care. They fear they are not going to get the healthcare they need. They are right.  America’s nurses say we must guarantee healthcare. The Democratic Party platform must say it: we demand Improved Medicare for All!”

To read the full text of the interview, click here

And you can watch RoseAnn's testimony here

RoseAnn DeMoro Testifies to the DNCC