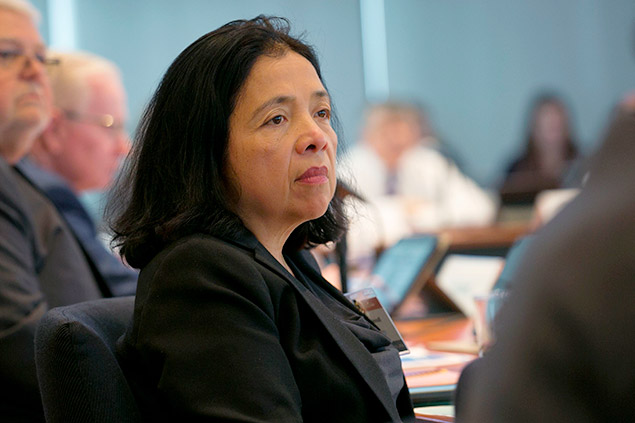 Castillo, the union’s first Latina Executive Director, leads both NNU and its largest affiliate, the California Nurses Association/National Nurses Organizing Committee. NNU is the nation’s largest union and professional association of registered nurses with 150,000 members, and has been one of the most successful organizing unions in the U.S.

“It is an honor to join with leaders of the labor movement across the country who represent the long tradition of advocating on behalf of all U.S. workers, their families, and their communities,” said Castillo.

“With an escalating corporate and far right attack on workers and our democracy, from Congress to Wall Street to many state capitols, the labor movement today has a solemn obligation to protect the rights and security of our people and our nation. On behalf of NNU, I am proud to have the opportunity to stand with them,” Castillo said.

Castillo also called on labor to place its priority on critical issues, such as Medicare for all, environmental justice, living wage jobs, opposing racial, gender, ethnic, and sexual orientation discrimination, and attacks on workers and unions, including the importance of union organizing all workers, not just electing candidates for office. “It is up to all of us to clearly redefine the political, economic, and social priorities of our country and fight for real social change,” Castillo said.

Separately, the Executive Council issued a proclamation praising retired NNU leader RoseAnn DeMoro for her turning the union she led “into a powerhouse for health care professionals and for the possibilities of transformative social change through universal healthcare,” as well as other broad issues, such as a tax on Wall Street transactions to pay for needed reforms.

“A simple statement like this seems entirely inadequate to commemorate DeMoro’s life’s work,” the resolution reads.

DeMoro, they said, “couldn’t be outhustled or overwhelmed.” She helped make nurses the “fiercest advocate for patients,” the resolution read, and “in large and small ways, but always with maximum impact, she fostered the growth of women leaders in the labor movement.”