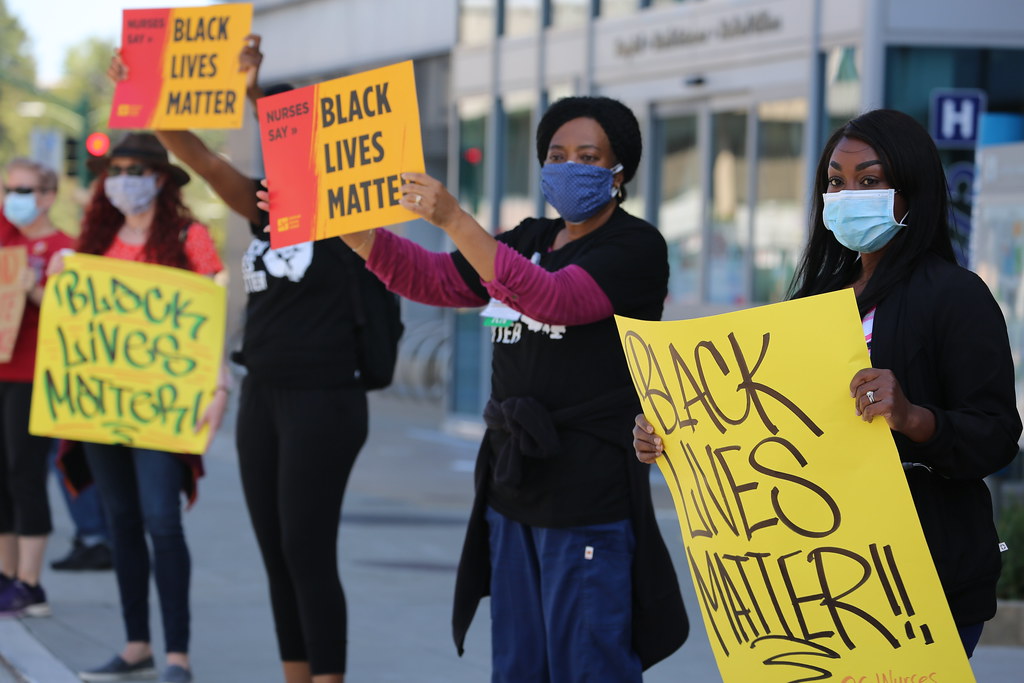 National Nurses United joins with labor and community activists across Chicago to condemn the Trump Administration decision to dispatch militarized federal troops to Chicago, instead of the critical support Chicago, like other American cities, needs in the face of an exploding pandemic and worsening economic crisis.

“Nurses think holistically and know that our uprisings are the result of extreme social, racial, and economic injustice—now in even sharper relief with the COVID-19 pandemic,” said NNU President Deborah Burger, RN.

“Our communities need caring and compassion, not confrontation. They need federal help, investment for the health and economic disaster, not armed assaults,” Burger said.

NNU, which represents registered nurses across Chicago, calls on Mayor Lightfoot and city leaders to reject the federal troops and press for an immediate infusion of aid in the form of additional personal protective equipment (PPE) for nurses and other essential workers, and additional aid to protect families facing a crisis with housing, utility, and medical bills, and loss of jobs and food security.

NNU rejected what Burger called “a transparent election ploy under a law and order pretext, and trampling over people’s Constitutional rights to speak out and protest against racial injustice,” as Trump has also threatened in many other cities, and “the obvious racist backdrop to targeting cities with large Black populations for militarization.”

“We need real action on the COVID-19 pandemic, not a war on our communities,” said Burger. Trump’s “abandonment of nurses and our communities across the nation in the face of the pandemic is the real crime wave we face.”

Chicago and Illinois continue to struggle with the devastating impact of the virus that has now infected over 4 million Americans, including 168,000 in Illinois, and more than 140,000 deaths nationwide, over 2,700 of them in Chicago alone.

Across the country, nurses and other health care and essential workers still do not have the PPE to survive the crisis.

In late June, for example, RNs at the University of Chicago Medicine Ingalls Memorial Hospital held a public action to protest racial disparities of inadequate supplies of PPE and inconsistent infection control policies, a reflection of Trump’s failure to provide support for nurses and other frontline caregivers, and his unwillingness to provide national leadership on racial justice and a consistent policy for hospitals and cities in the pandemic.

Concurrently, in the Chicago metropolitan area, more than 450,000 people lost their jobs from May 2019 to May 2020. Millions with employer-based health insurance have lost their safety net for when they need health care, and they face an uncertain future for when regular employment will resume with the highest jobless rates in 90 years.

Black residents comprise 60 percent of the COVID-19 deaths, double the city’s Black population. Chicago’s Black community has also been disproportionately slammed by the economic collapse, with many struggling to meet August bills after being laid off or furloughed while Congress and the White House have failed to enact more aid for workers and families.

An invasion of federal troops will only exacerbate a long-standing policing and law enforcement crisis in Chicago, where residents have protested for racial justice in response to police murders of Black residents from Fred Hampton to Rekia Boyd to Laquan McDonald.

NNU stands with the residents of Chicago calling for a redirection of the inflated policing budget to the city’s public schools, health care and mental health services, affordable housing, job and at-risk youth programs.

“Registered nurses know that our patients’ health is not only determined by what happens when they encounter the health care system, but largely by the social determinants of their lives in our wider society. We need a society based on an economy of care, not criminalization of our communities,” Burger said.