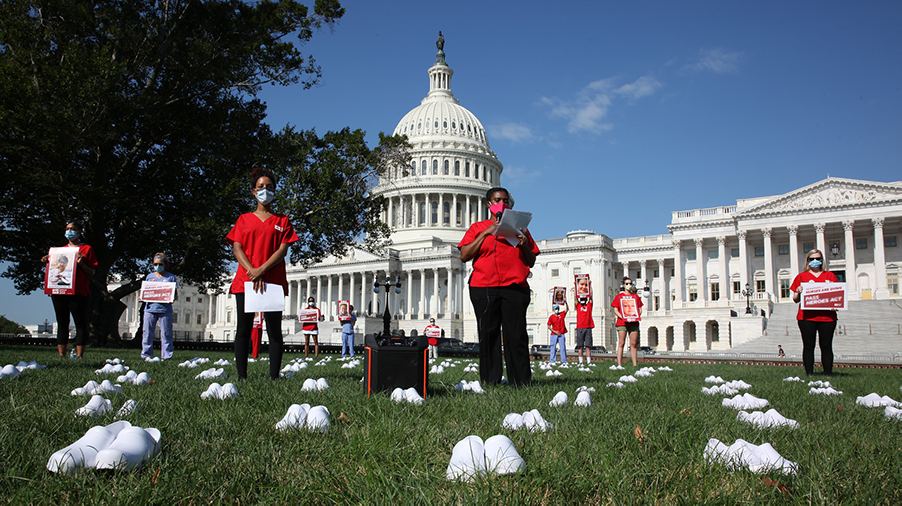 National Nurses United (NNU) statement regarding the reintroduction of Protecting the Right to Organize (PRO) Act. The federal legislation would strengthen union rights.

“We applaud the reintroduction of this important legislation that would strengthen federal labor laws for workers to have a collective voice in the workplace. National Nurses United encourages passage of this bill, which would punish employers that violate workers’ rights, including firings and other retaliation, in union organizing campaigns and stamp out anti-worker ‘right-to-work’ laws,” said Deborah Burger, RN and a president of NNU.

“As a profession of predominantly women, we understand well the importance our union has played in establishing fair wages and concretely improving the lives of millions of families and households across the United States,” said Jean Ross, RN and a president of NNU. “Union workers in the U.S. make 23 percent more in wages than non-union counterparts, and they are more likely to have employer-provided pensions, health insurance, and other benefits.”

“In our profit-driven health care system, nurses are often the only ones standing between life and death for our patients,” said Zenei Triunfo-Cortez, RN and a president of NNU. “We nurses need to always be able to freely advocate for our patients without fear of retaliation, and we know the best way to do that is to wield our power collectively as a union. During this deadly pandemic, our collective voice is needed more than ever.”

“Economic injustice in our society has reached epic proportions, with disastrous results,” said Bonnie Castillo, RN and executive director of NNU. “We know from history that the way to combat this is through the formation of unions, and it is high time we passed the PRO Act to respect the true value of labor in this country by making it easier for workers to have a voice at the table with their employers.”