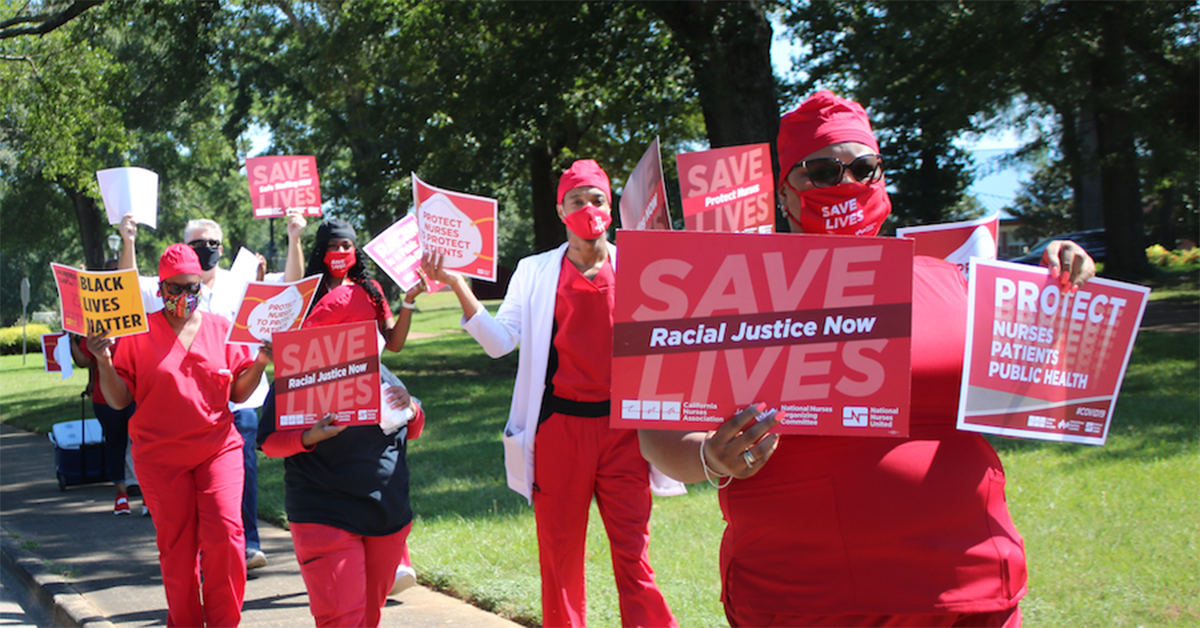 National Nurses United (NNU) stands with the family of George Floyd and the millions of people who took to the streets last summer demanding true justice and social change. NNU calls for a public commitment to solutions to end structural racism and promote social equity and healing.

Whatever the outcome of the trial of former Minneapolis police officer Derek Chauvin, nurses are committed to fighting against structural racism in our public safety, health care, and social systems.

“As nurses, we know that racism is a public health crisis,” said NNU Executive Director Bonnie Castillo, RN. “We have seen the impact of racism on the lives of communities of color during the pandemic — from the disproportionate deaths of Black, Latinx, and Indigenous people due to Covid-19 to the recent xenophobic attacks against Asians. We have a duty to speak out to end the suffering caused by an out-of-control system of policing and to demand transformational changes in policing practices.”

“We treat our patients with care and compassion, no matter who they are, regardless of their beliefs, gender identity, race, or ethnicity,” said Zenei Triunfo-Cortez, RN and a president of NNU. “George Floyd was not treated as a human being deserving of respect and care. Every person has the right to live with dignity. Police officers must be held accountable for their actions.”

“When nurses see a patient in crisis, we immediately intervene to stop the suffering,” said Cathy Kennedy, RN and a vice president of NNU. “As nurses, our care work is guided by our calling not only to save lives and restore patients so they can go back to their daily lives, but also to restore communities who are harmed and killed by structural racism. We are committed to the struggle for racial justice.”

Nurses know that our call to care is a lifelong mission and that the struggle for racial justice is hard work that will take time. As we continue the fight against structural racism, we must:

We honor the life of George Floyd—and countless others lost to police violence. We take this moment to renew our commitment to transforming public safety and our justice system.