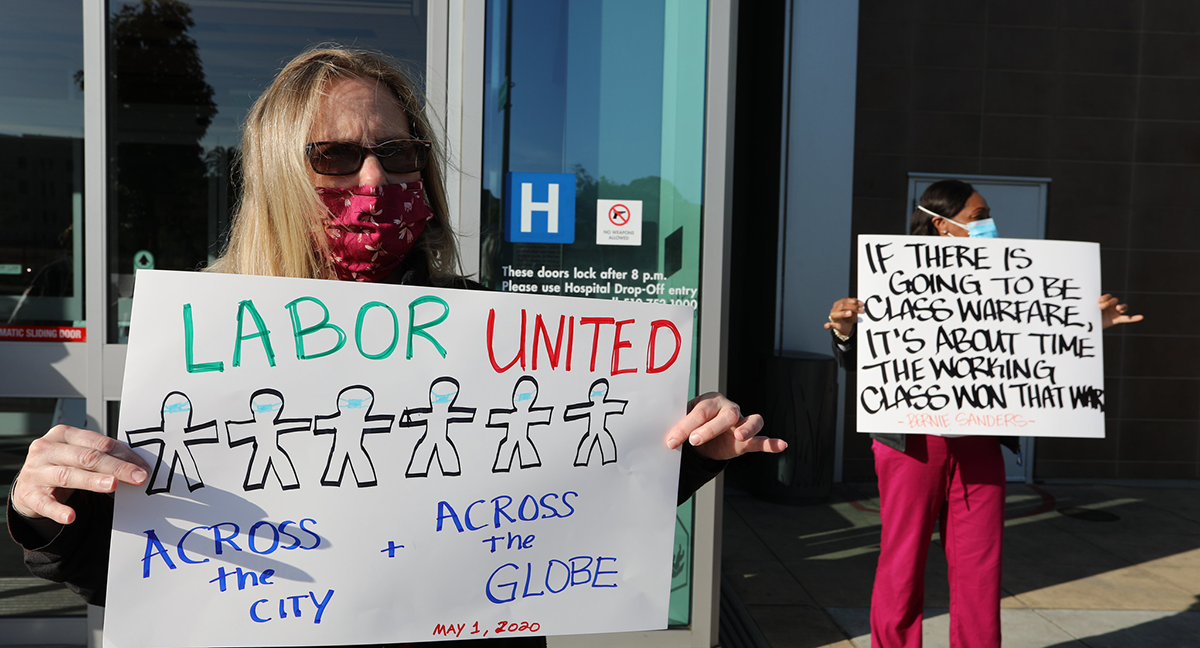 National Nurses United (NNU) applauds the U.S. House of Representative’s passage of the Protecting the Right to Organize (PRO) Act, H.R. 842, in a 225 to 206 vote today. The legislation will now move to the Senate for consideration.

“We are encouraged to see that the House recognizes the need to strengthen protections for the working people of this country in their efforts to organize unions and bargain collectively,” said Zenei Triunfo-Cortez, RN and an NNU president. “This historic legislation would protect nurses as we use our collective voice in the workplace to advocate on behalf of our patients; create safer conditions for ourselves and our patients, more important now than ever during Covid-19; and demand fair wages to promote a more equitable economy.”

The PRO Act will strengthen protections in numerous ways for workers who want to unionize, including by increasing punishment for employers who violate workers’ rights. It would also prevent employers from holding captive audience meetings where anti-union consultants are brought in to dissuade workers from supporting the union.

In addition, the legislation enhances the right of workers to support boycotts, strikes, and other acts of solidarity; and allows unions to collect “fair share” fees for every worker it represents. It also prevents employers from using loopholes in the federal labor law to deny pay or benefits and prevents employers from misclassifying their employees in order to deny them worker protections and will repeal co-called “right to work” laws, which were created during the Jim Crow era to keep white and Black workers from unionizing together.

“The Covid pandemic has illustrated in grim and sharp detail that the vast chasm between the haves and have-nots in this country is inextricably linked to who lives and dies in a public health crisis,” said Jean Ross, RN and an NNU president. “We know that unions are the best way to address income inequality, as union workers in the U.S. make 23 percent more in wages than their non-union counterparts. Furthermore, union members are more likely to have employer-provided pensions, health insurance, and other benefits. To strengthen our families, and our country, we must strengthen our unions, and the PRO Act is an important step in the direction for a more equitable future.”

“We have seen throughout this pandemic, that it is critical for public health that nurses have the ability to speak freely about what is happening in their workplaces without fear of retaliation,” said Deborah Burger, RN and an NNU president. “It is with union protections that nurses have been able to expose unconscionable hospital practices that endanger the lives of patients and nurses. It is with our collective voice that we have won improvements and put our hospitals on notice. It is critical that these protections be expanded and strengthened as nurses continue to seek the highest protections possible in the workplace to best care for our patients.”

National Nurses United is the largest and fastest-growing union and professional association of registered nurses in the United States with more than 170,000 members nationwide. NNU plays a leadership role in safeguarding the health and safety of RNs and their patients and has won landmark legislation in the areas of staffing, safe patient handling, infectious disease, and workplace violence prevention.