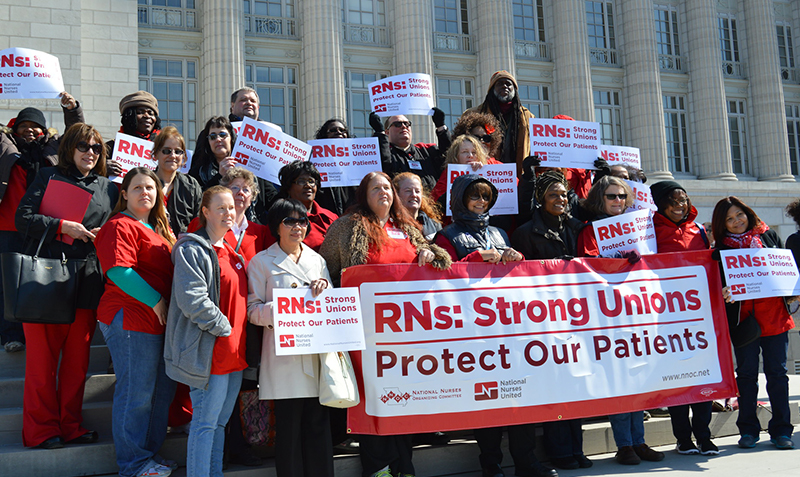 “Under the misleading pretext of religious freedom, the administration is promoting a sweeping, restrictive rule that exposes millions of American women, in particular, to severe health and safety risks, as well as denying patients choice over their own medical decisions and care,” said NNU President Jean Ross, RN.

“At its heart, this discriminatory rule prioritizes a political gift to conservative lobbyists ahead of the safety of American women. That is reprehensible,” Ross said.

While women are a principle target in the effort to hamper access to a broad range of women’s health services, not just reproductive choices, the extensive scope of the rule could also promote discrimination against LGBTQ patients, and severely erode public health efforts to expand childhood vaccinations at a time of a national measles outbreak and the threat of the spread of other infectious diseases.

The extremely broad listing of who would be allowed to refuse to participate in medical care extends to all personnel, from physicians to receptionists, “reflects the callous intent of the rule and the consequences for access to care,” said Ross.

And, by encouraging those who are allowed to refuse service the right to also deny referral to other providers who can provide the service, the rule also violates the premise of informed consent for patients, Ross added.

While the ostensible primary target is abortion, it also would hinder contraception and other women’s health programs that could be denied to women under the rule.

Department rules, said Underwood, herself a registered nurse, “deny the science of reproductive health.” Contraceptives, she explained, are also used by some women to treat polycystic ovary syndrome, endometriosis, and anemia. “These conditions are painful, they’re linked to ovarian cysts, heavy bleeding, and infertility,” Underwood said.

“For nurses,” Ross emphasized, “the rule violates our fundamental role and responsibility: patient advocacy. Public trust in registered nurses is premised on our bond with patients, and an expectation that we will always put the interest, the health, and the choices of a patient first. This proposed rule compromises that principle, to the detriment of patients and the public.”