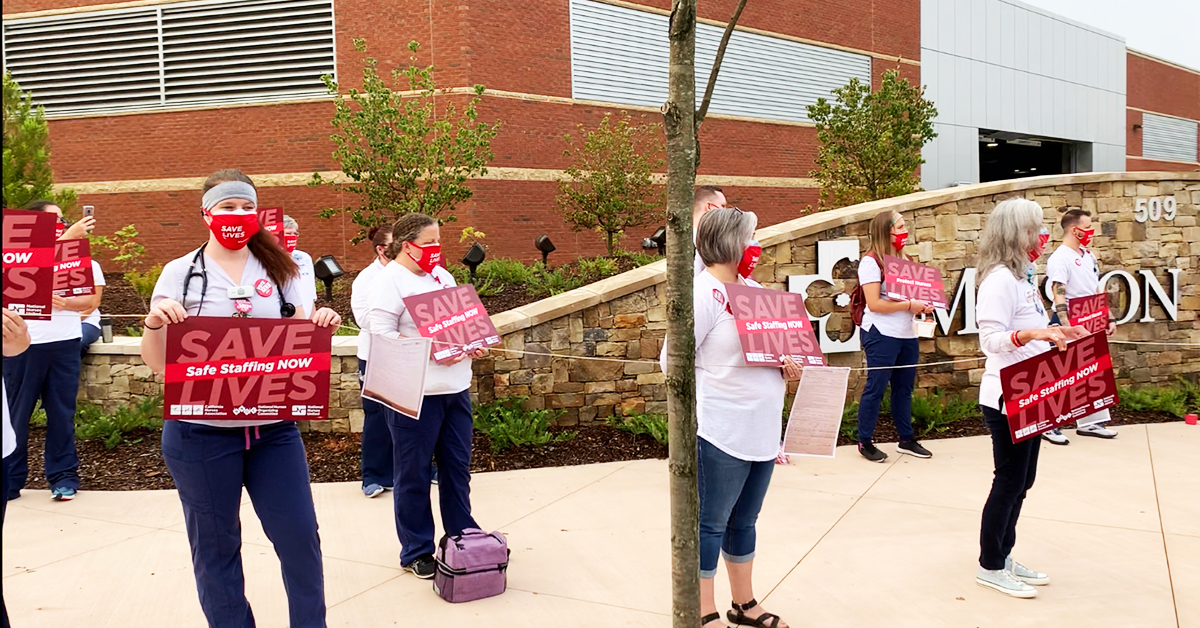 Nurses say the failure of Mission Hospital to invest in hiring enough nursing staff is especially egregious considering that the hospital’s parent company HCA is bringing in record profits—with nearly $3 billion in profit already this year. Nurses emphasize that these profits were earned by cutting corners on patient care and hospital staffing during the deadly Covid-19 pandemic.

“We are still in the midst of the worst pandemic in a century, and nurses are here to hold HCA accountable for prioritizing safe patient care over profits,” said Mission registered nurse Elle Kruta.

In the past two years since HCA purchased Mission Hospital, nurses say they have noticed significant changes in the way that care is provided at Mission. Short staffing has become a daily occurrence, say nurses, and RNs are being asked to do more with less and to work with no meal or rest breaks. Since September, nurses have reported more than 50 serious staffing issues, some life-threatening, including:

After ongoing inaction from management, RNs say they are taking their concerns public and asking the community to stand with them in their call for change.

“HCA’s massive profits and cost cutting come at a human cost here in Asheville. Study after study has shown that when nurses are overwhelmed with too many patients at once, there’s an increased chance of medical errors. Our patients deserve better, and HCA has the resources to do better,” said Mission RN Raelynn Russell.