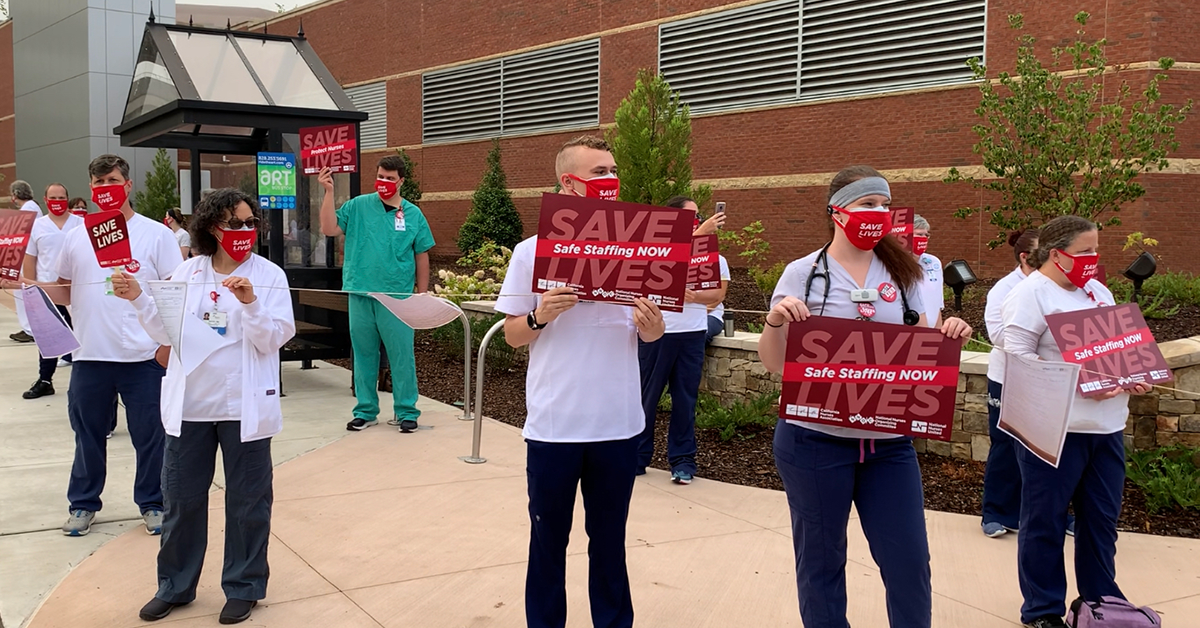 Registered nurses at HCA’s Mission Hospital in Asheville, NC have reached a historic tentative agreement on a first collective bargaining contract with the hospital. It will be presented to the Mission RNs in membership meetings today and Friday for ratification.

Members of the Mission RN negotiating team will provide the contract details to the members with a recommendation that nurses vote to approve the settlement. Details about the proposal will be presented to the nurses first and will be available after the votes.

“We are extremely pleased to have a tentative agreement that we believe will be a huge step forward for nurses, patients, and our entire community,” said nurse negotiator Sue Fischer, RN.

Negotiating a tentative pact in just nine months is a fairly record pace for a first contract, by national standards.

According to a Bloomberg Law analysis, the average length of time for unions to win a first contract is well over a year, 409 days. The average duration is even longer in the health care industry, 528 days, the most among any of the sectors the study examined.

National Nurses United is the largest and fastest growing union of registered nurses in the United States with more than 175,000 members nationwide.