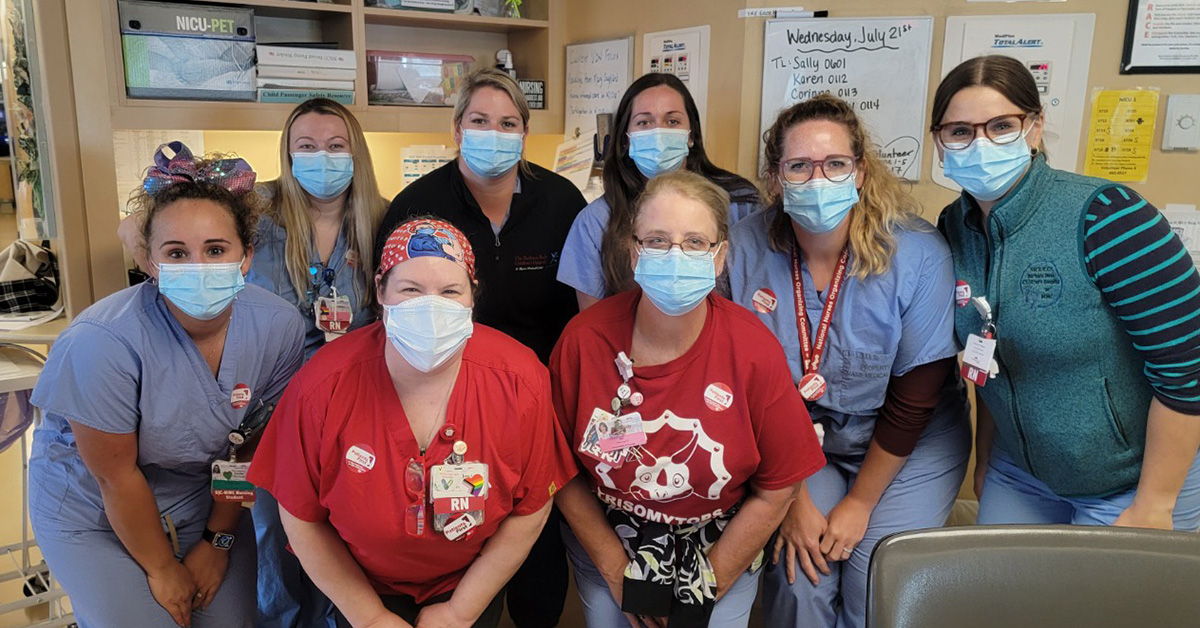 This announcement comes on the heels of the nurses’ recertification victory on Aug. 18, 2022, which Maine Med RNs won by a nearly 3-to-1 margin of 76 percent to 24 percent, showing overwhelming support for the union.

“The momentum from our huge recertification victory gave us the final push we needed to get this deal done,” said Nadine Kern, a member of the union bargaining team and critical care nurse. “Nurses are more engaged and unified than ever. It’s our unity that makes us strong.”

Some of the wins in the nurses’ agreement include guaranteed breaks and mealtimes, guaranteed safe floating practices, minimum orientation times for newly graduated nurses, an independent “Professional Practice Committee” to deal with patient safety and nurse practice issues, and ending the practice of mandatory rotating shifts, where nurses are forced to work day shifts on some weeks and then night shifts on other weeks.

“After more than 30 bargaining sessions over the course of 13 months, we are excited about the positive changes our first union contract will bring to nurses and patients alike,” said Mary Kate O’Sullivan, bargaining team member and medical-surgical nurse. “But we would not be here without the tremendous love and support our community has shown us since our first election victory last year. We are proud to stand up for you as you have stood up for us. This is truly what solidarity looks like.”
The nurses will hold a contract ratification vote next week. Once the contract is passed, the agreement will be in place for three years.

This historic first contract victory is particularly sweet because some of the Maine Med nurses have, for decades, been striving for the standards that a union contract provides. “Our union and our contract are many years in the making!” said Madison Light, another union bargaining team member and interventional radiology nurse. “So much work was done to lay the foundation of what we have today, which is the right to deal with our management as equals, to make Maine Med the best place it can be for our patients and for ourselves.”

MSNA represents 2,000 nurses at Maine Medical Center and nearly 4,000 RNs in the state of Maine.