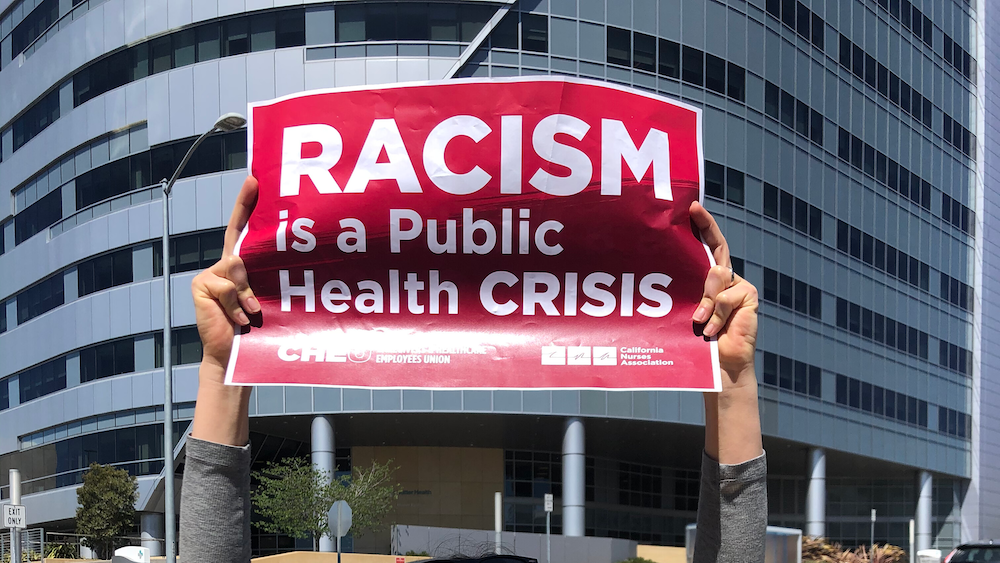 At the press event, Las Palmas RNs will also condemn discipline imposed by the hospital on one of the RNs who was a target of racist comments by a unit manager, rather than holding the manager accountable for her racist comments that were also overheard by two Texas Tech nursing students and their instructor.

The incident occurred in late June. Two RNs were at a nurses’ station, well away from patients receiving care. The RNs were discussing a news article citing comments by the Florida governor blaming that state’s surge in coronavirus cases on Mexican farmworkers.

A charge nurse, who has supervisorial authority at the hospital, overheard the conversation and lectured the two RNs that “well if you hate it here so much then why don’t you get back in your boat” and go to Mexico, according to one of the RNs. The manager also told her that “if I didn’t live in this country, I would not have the car I own.”

After the RNs reported the incident to a higher-level department supervisor, they were called to an investigatory meeting with hospital officials at which they were berated for “discussing politics” at the nurses’ station. One of the two received a written disciplinary warning, reports their union, National Nurses Organizing Committee-Texas, an affiliate of National Nurses United.

No action has been taken against the charge nurse manager, despite the hospital’s own “no tolerance for racism” policy. Other nurses have since worn stickers in support of their co-workers who were the target of the racially disparate treatment.

NNOC/NNU said it plans to press the hospital to withdraw the discipline, and to hold the manager responsible for her behavior.

The manager “knew who was around, she was surrounded by 5 other people of Hispanic descent, we all felt uncomfortable and offended by her comments,” says one of the nurses targeted.

“No tolerance for racism must mean what it says,” said Malinda Markowitz, RN, an NNOC President and longtime HCA RN. “Racist comments provide a chilling and unwelcome atmosphere for nurses, their co-workers, and the nursing students who are our future.”

“Hospitals should provide a caring environment for therapeutic healing, not an incubator for spouting and encouraging racism,” Markowitz said. We expect HCA and Las Palmas to show leadership and be a model in respecting the diversity of our nation, and their own nurses.”