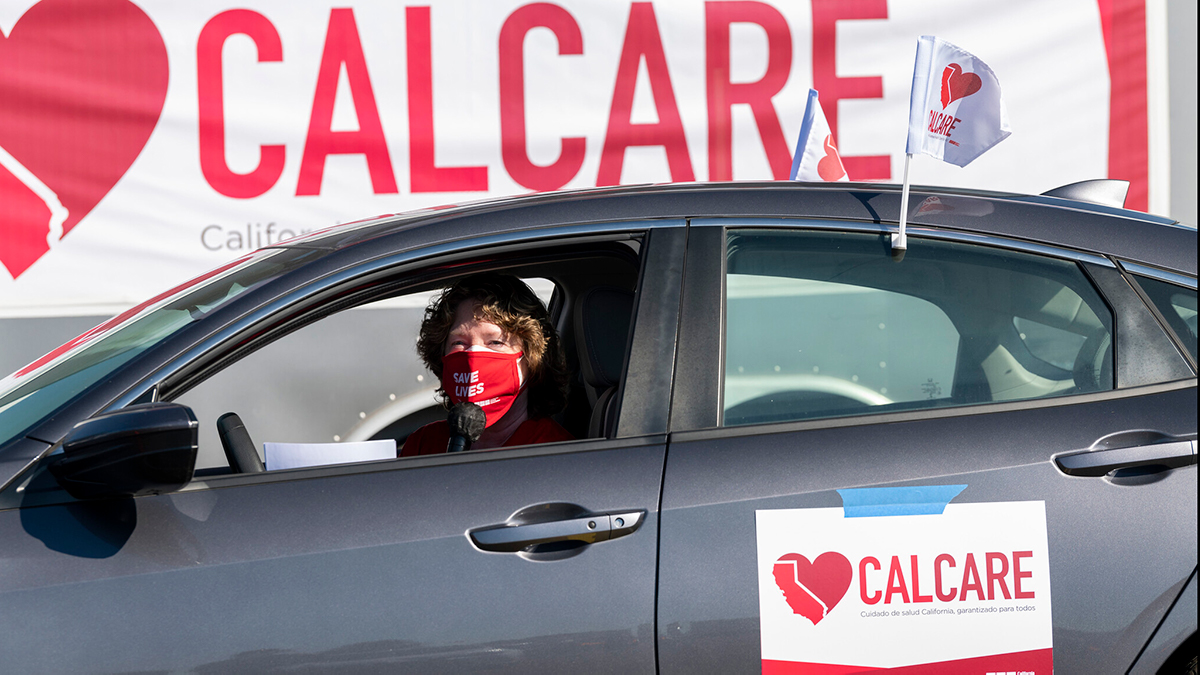 In 15 cities across the state, nurses and organizers are demanding that the state pass the California Guaranteed Healthcare for All Act (AB 1400)

With 3.2 million people in California lacking health insurance and nearly 12 million unable to afford to use their insurance because of costly copays or deductibles, the only way to guarantee care for all is via a single-payer system. In addition, the Covid-19 pandemic has shown fractures in our for-profit health care system.

“As nurses, we’ve seen patients get care delayed or denied because they could not afford it,” said Cathy Kennedy, RN and president of the California Nurses Association. “This for-profit health care system has cost lives, all so that a few health insurance executives can line their pockets. This newest Covid-19 surge further shows how broken our current system is. California has an opportunity to make history and finally say that health care is a human right. It’s time we pass AB 1400, the California Guaranteed Healthcare for All Act.”

CalCare would create a single-payer health care system in California, akin to a state-level version of Medicare for All. The program would be financed through a single, public program rather than the fragmented patchwork system California has now. This system would have huge cost savings through reduced bureaucracy.

Within the hospital system, nurses have been pushed to the brink, having to reuse PPE and take on more patients to maximize profit during a global health crisis. The Covid-19 pandemic has revealed the moral bankruptcy and lack of preparedness of the for-profit health care system, causing major suffering for both health care workers and patients alike and highlighting the critical need for a single-payer health care system.

CNA/NNU is the largest and fastest-growing union and professional association of registered nurses in the nation with 100,000 members in more than 200 facilities throughout California and more than 175,000 RNs nationwide.