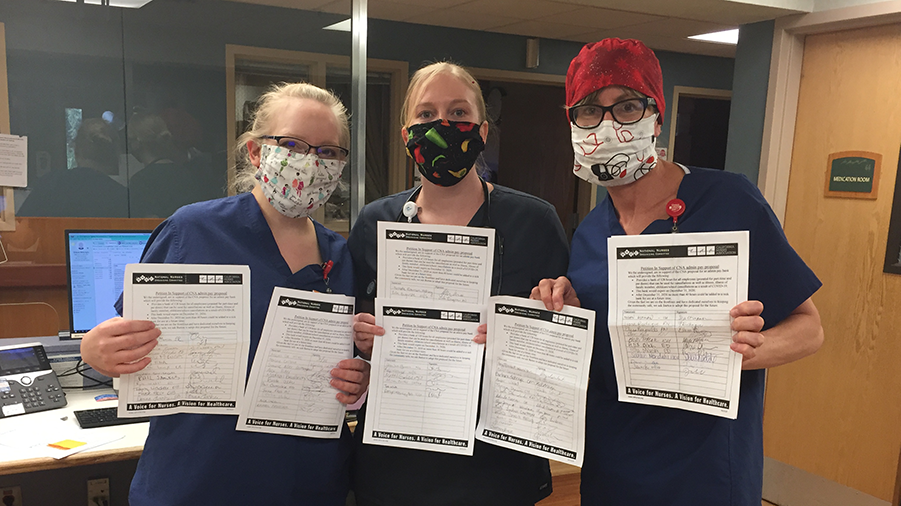 Registered nurses from Barton Memorial Hospital will be conducting a virtual town hall to inform the community about how Barton has used the pandemic to refuse to bargain a fair contract with nurses at a time when nurses are already under extreme stress. Barton nurses have been in contract negotiations for almost three years, during which they have fought for safe staffing and working conditions and other provisions to curb RN turnover. Barton has perpetually blocked them at every turn.

“We are deeply invested in the well-being of our patients and our community.  Losing outstanding nurses because of Barton’s failure to provide us with safe working conditions and a sense of being valued and respected will not stand. We care about the people that we care for and we are tired of watching our fellow experienced nurses leave,” said Rachelle Pakes, RN. “Barton says they value their nurses, but their actions do not demonstrate that.”

Dorothy Dean, a Barton RN working in the emergency department, noted that “Nurses have been working under enormous strain, putting their lives and safety in jeopardy, but rather than coming to an agreement that will allow us to feel some stability in our workplace, Barton executives instead bypassed safe staffing and refusing to work with the nurses.”

Barton nurses voted overwhelmingly to join the National Nurses United/California Nurses Association in 2017. They began negotiations in March 2018, bringing issues such as unsafe staffing, turnover, and health benefits to the bargaining table. The nurses struck in May and September of 2019 over unsafe working conditions and Barton’s practice of sending nurses into collections over medical debt owed to Barton. The contract remains unresolved.