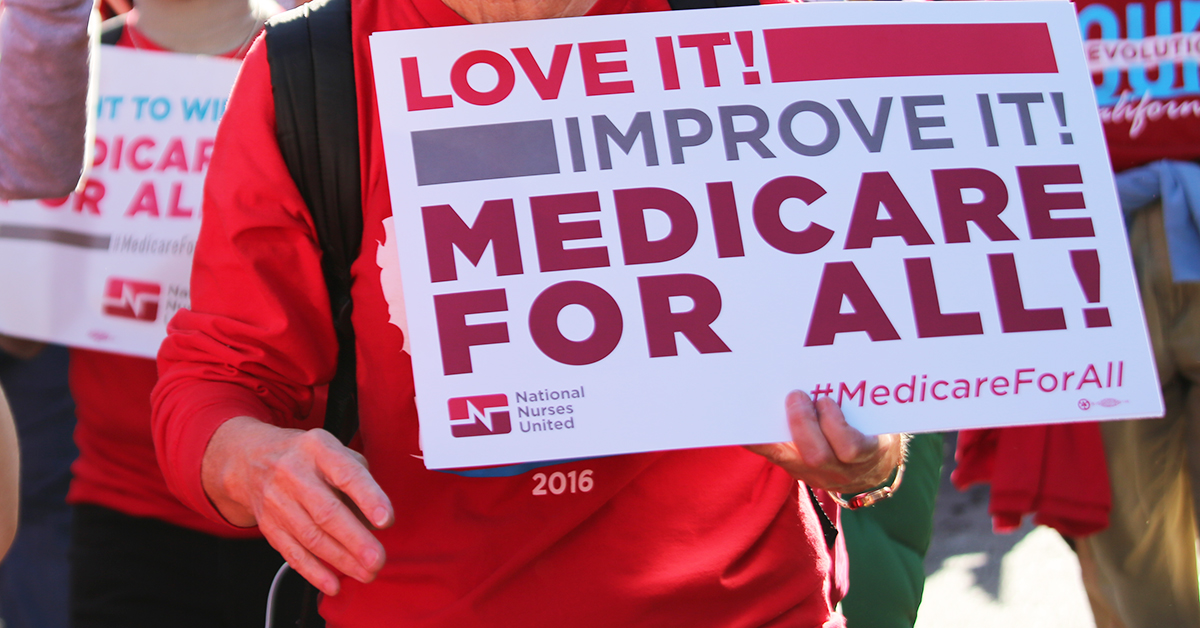 Washington, D.C. --  With the Covid-19 pandemic continuing to lay bare the systemic failures of our nation’s health care system, 17 national unions this week sent a letter to Congress urging that the American Families Plan package include provisions to improve and expand the current Medicare program. These unions represent workers from various sectors and industries who have seen firsthand how failures in the health care system have fallen on working people across the country.

“The Covid-19 pandemic has laid bare the flaws in our nation’s health care system,” the letter states. “The burden of these failures has fallen squarely on millions of working people across the country. The American labor movement has fought for more than a century to make quality health care a basic right in the United States. On behalf of our collective membership, we urge you to take action in the American Families Plan package to improve health care for millions of Americans by improving and expanding the Medicare program.”

The letter urges Congress to include the following priorities in the coming budget reconciliation package:

The joint union letter stated further: “People approaching retirement age are in desperate need of guaranteed health care. Twenty-seven percent of adults aged 50 to 64 are not confident that they can afford health insurance over the next year, and more than a quarter report issues with navigating health insurance options, coverage decisions, and how their choices will affect their out-of-pocket costs. During the pandemic, millions of workers in this age group lost their jobs and their employer-sponsored health insurance, while the risk of serious health concerns increase at this age. Lowering the Medicare eligibility age to 60 will improve the health and well-being of millions of Americans.”

Unions are also calling on Congress to allow the Medicare program to negotiate drug prices, which will lower costs for patients as well as generate hundreds of millions in savings for Medicare that will help offset the cost of expanding the types of coverage. With 70 percent of America’s seniors not having dental insurance and 70 percent needing a hearing aid, but not being able to afford one, the impact of expanding the types of coverage Medicare provides is lifesaving. This is especially true for lower-income seniors who frequently have and are not able to afford surprise medical bills.

“Nurses across the country have had to counsel and talk with patients who cannot afford care, and often watch as patients who decide not to seek care for financial reasons have simple health issues become life-threatening later on. Whether it is lifesaving drugs, critical surgeries, or even just simple procedures, we see day in and day out how many people are being left behind by our current for-profit health care system,” said Bonnie Castillo, RN and executive director of National Nurses United, the nation’s largest nurses union. “Simply put: By lowering the eligibility age and expanding Medicare coverage, Congress has the opportunity to save millions of lives and prevent millions from going into financial ruin because of health care costs.”

“The UWUA supports a healthcare system that provides access to affordable comprehensive healthcare regardless of a person’s health status or income. Expanding Medicare benefits as far as possible would move us that much closer to a truly single payer healthcare system. Including provisions in the American Families package to improve and expand the Medicare program would be a significant step in the right direction,” said Utility Workers Union of America President James Slevin.

A full list of unions who have signed onto the letter is included below, as well as a copy of the letter itself. If you are interested in speaking with any of the unions on this, please contact Adrian Plaisance at press@nationalnursesunited.org.