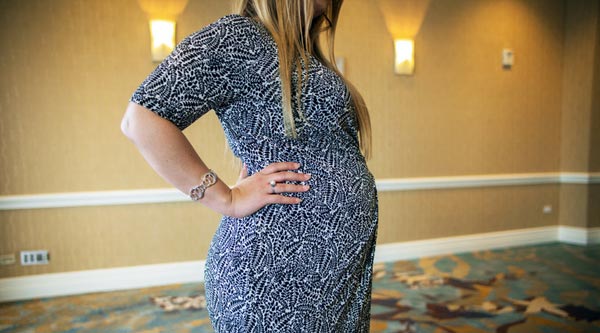 The Zika epidemic that has spread from Brazil to the rest of Latin America is now raging in Puerto Rico — and the island’s response is in chaos.

The war against the Aedes aegypti mosquito carrying the virus is sputtering out in failure. Infections are skyrocketing: Many residents fail to protect themselves against bites because they believe the threat is exaggerated.

Federal and local health officials are feuding, and the governor’s special adviser on Zika has quit in disgust.

There are only about 5,500 confirmed infections on the island, including of 672 pregnant women. But experts at the Centers for Disease Control and Prevention say they believe that is a radical undercount.

Just four cases of infection were confirmed last week in Florida. But in Puerto Rico, officials believe thousands of residents — including up to 50 pregnant women — are infected each day.

Most never get tested. Tests on donated blood, the most reliable barometer of the epidemic’s spread, show that almost 2 percent of the donors were infected in the last 10 days.

“That’s a stunning number and reflects an explosion of cases,” Dr. Thomas R. Frieden, the director of the C.D.C., said in an interview.

The proportion of pregnant women testing positive for the virus has risen sevenfold since January, the agency said on Friday. Officials warned that hundreds of infants could be born with microcephaly in the coming year.

But a wave of microcephaly like Brazil’s may yet be averted for two reasons. The pregnancy rate is falling so precipitously that this year, for the first time in history, Puerto Rico will have fewer births than deaths.

Obstetricians, too, are quietly urging their infected pregnant patients to have regular ultrasounds and to consider abortion if brain damage turns up.

And damage is turning up.

In an office at the University of Puerto Rico Hospital, the gentle curves of the graph on Dr. Alberto De la Vega’s computer screen trace a horror story. They are the head circumferences of dozens of fetuses whose mothers have been infected with the Zika virus for at least a month — and almost 75 percent are below the mean; normally, only half should be.

Only one was clearly microcephalic, with the extreme shrinkage and brain damage that is the worst consequence of the infection, and that curve abruptly ends: The mother chose abortion.

“We may be facing a generation with learning and behavioral disabilities,” he said.

On the scan of a patient who had fled his office fighting back tears, he pointed out three large white spots — clumps of dead cells.

“Her fetus does not have microcephaly now,” he said, “but this is what leads to it.”

Cases of Zika infection are expected to keep rising through October, and by year’s end, a quarter of the island’s population of 3.5 million will have been exposed, a “very dire” situation, said Dr. Lyle R. Petersen, the C.D.C.’s chief of vector-borne diseases and director of its fight against Zika.

In a normal year, that would mean about 8,000 infected pregnancies, but the birthrate is dropping rapidly, said Jose A. Lopez, the health department’s demographer. In past years, births normally outnumbered deaths by about 400 per month, but since January, that ratio has reversed itself, and there have been, on average, 135 more deaths than births.

The drop is partly a result of rising divorce rates and couples emigrating as the economy deteriorates, but also of “mothers delaying giving birth because of the campaign against Zika,” Mr. Lopez said.

Federal health officials have accused Congress of stoking the epidemic here by failing to appropriate $1.9 billion requested by the administration to fight the Zika virus. But the story on the ground is far more complex.

In February, the governor’s office and the health department announced ambitious battle plans. Millions of old tires where mosquitoes breed would be collected. Cemeteries would be drained of standing water.

Septic tanks and water meters would get screens, as would all schools attended by girls old enough to get pregnant. Teams would visit pregnant women’s houses to spray larvicide and screen windows.

Some of that was done, sometimes effectively. Humacao, a town on the southeast coast with pharmaceutical and electric plants that provide a steady tax base, moved faster than most municipalities, said José L. Báez, its chief of emergency management.

But it was never enough. Discarded tires kept popping up on roadsides. Mosquitoes bred in garbage cans. Teams could not legally enter abandoned properties or even fill depressions in privately owned graves. The town’s permethrin insecticides turned out to be ineffective, and daily rains washed away previous efforts.

No cutting-edge plans like releasing genetically modified mosquitoes are ready for deployment yet. The C.D.C. lab here has developed a bucket trap that drastically cuts mosquito populations, but millions of them would be needed to cover the island.

So, as a last resort, the C.D.C. on July 6 endorsed aerial spraying to eliminate mosquitoes with an insecticide called naled.

It was a gamble. Naled failed to stop a 1987 dengue outbreak here “and there is no guarantee it will work this time,” Dr. Petersen said. “But it’s the only thing that will alter the course of this epidemic.”

Modern spray nozzles and GPS-guided planes were more accurate, he argued, and superfine mists with small amounts of naled would drift into houses where mosquitoes hid in closets. Counties in Florida and Louisiana had recently knocked down populations of the yellow-fever mosquito by up to 99 percent with naled, he and others noted.

But naled is toxic to bees, birds and fish. The insecticide is not used in flea collars because it might be picked up by children stroking pets. It is banned in the European Union.

Medical groups joined the opposition, including the largest, the Puerto Rican College of Physicians and Surgeons. Dr. Iván González Cancel, a surgeon famous for performing the island’s first heart transplant, denounced the plan, saying: “I don’t believe in conspiracy theories, but I think this is an experiment with the C.D.C. using Puerto Rico as a laboratory.”

On July 21, a local TV station revealed that the C.D.C. had quietly imported naled. The next day, Gov. Alejandro García Padilla accused the agency of “blackmail” and emphatically killed the idea. The agency apologized, saying it was only trying to be prepared. But it was too late.

That same week, Dr. Johnny Rullán, a former health secretary advising Governor Padilla on the epidemic, gave up his post, saying the whole atmosphere had become too vicious. Since January, he had held town meetings explaining the mosquito control plans to skeptical audiences. “I felt like a scratched record saying the same things over and over,” he said. When he endorsed aerial spraying, he was falsely accused of plotting to make millions by basing planes at a remote airport he was accused of owning. (It is owned by someone with a similar name.)

He ultimately decided the spraying would be a public relations disaster. “Any microcephaly cases that occur now will be blamed on the spray, not the virus,” he said.

He resigned and left for a vacation in Spain. “In October,” he said, “I’ll write something saying, ‘I told you.’ ”

Skepticism of the danger remains high. Local papers still refer to the “theory” that the Zika virus causes microcephaly, although the World Health Organization considers it a fact.

Seventy-two apparently healthy babies have been born to infected mothers while only one stillborn fetus has shown evidence of microcephaly, so no disturbing pictures of tiny-headed babies, like those in Brazil, have appeared. Although officials have explained that most of the 72 mothers were infected late in pregnancy, the sense that the danger is remote persists.

Alba Sanchez, 25, and nearing the end of her fourth pregnancy, attended a hospital Zika-prevention workshop wearing the skimpiest of maternity dresses. Asked if she used repellent, she wrinkled her nose.

“Never!” she said loudly. “It’s stinky. And I don’t know anyone who’s had Zika.”

Asked how she protected herself, she mimed slaps to her bare arms and legs. “I smack every one I see.”

Her husband, Jandy Vasquez, 22, a mountainous man towering over her, rolled his eyes and smiled ruefully. “I’d spray a whole can on her every day,” he said. “But she does what she wants.”

Indeed, the fight against birth defects is taking place largely in face-to-face meetings between doctors and patients like Ms. Sanchez.

Many obstetricians said they were urging women to put off pregnancy. And through the CDC Foundation, pharmaceutical companies like Bayer, Allergan and Merck have donated or discounted more than 100,000 sets of IUD’s, implants, vaginal rings and other contraceptives.

“I tell my patients: ‘If you can avoid pregnancy for one year, please do,’ ” said Dr. Carmen D. Zorrilla, founder of the University of Puerto Rico’s Maternal-Infant Studies Center, the territory’s leading maternal H.I.V. unit, which now holds workshops in Zika-related care.

The doctors also remind patients whose fetuses show signs of brain damage that abortion is available in major hospitals and, for the uninsured, through Profamilias, a reproductive-rights group.

Some religious women will say, “‘But this is God’s gift,’ ” Dr. Zorrilla said. “But at the same time, they’re afraid to have a baby they know will need assistance 24/7 for life.”

How many women are terminating pregnancies is unknown. Although the health department tabulates legal abortions, current figures are unavailable, a department spokeswoman said.

“Anecdotally, they’re on the increase,” Dr. Rullán said. “One doctor told me he did 15 in a period where he normally would have done one or two.”

Making that choice is excruciating. Danelle, a patient of Dr. De la Vega’s who agreed to be interviewed on the condition that only her middle name be used, wept as she described her predicament.

Her fetus is 23 weeks along. On sonograms, Danelle, 36, can see a face, even hair: To her, the outlines resemble a small, sleeping child, nestled against the placenta as if it were a pillow.

Danger signs have appeared since Danelle was infected with the virus in late April. The fetus’s growth abruptly slowed and is now well below normal. An enlarged brain artery indicates that too little nutrition is crossing the placenta.

Because she herself is a doctor, Danelle knows what that means: Severe mental deficits are possible. Her husband, a train dispatcher who held her hand as she spoke, “is the more positive one of us — and he’s also in denial,” she said.

“But I’m the G.I. one,” she added, using a local term for hewing strictly to the book.

She was having ultrasounds every 14 days and must decide very soon whether to abort.

“The window is closing,” she said, wiping her eyes. “I don’t sleep at night. I don’t want to do this, but I don’t want her to come into this world and then suffer.

“And when I’m not here, who’s going to take care of her?”