A Big Hearing For ‘Medicare-For-All’ — In A Small Room 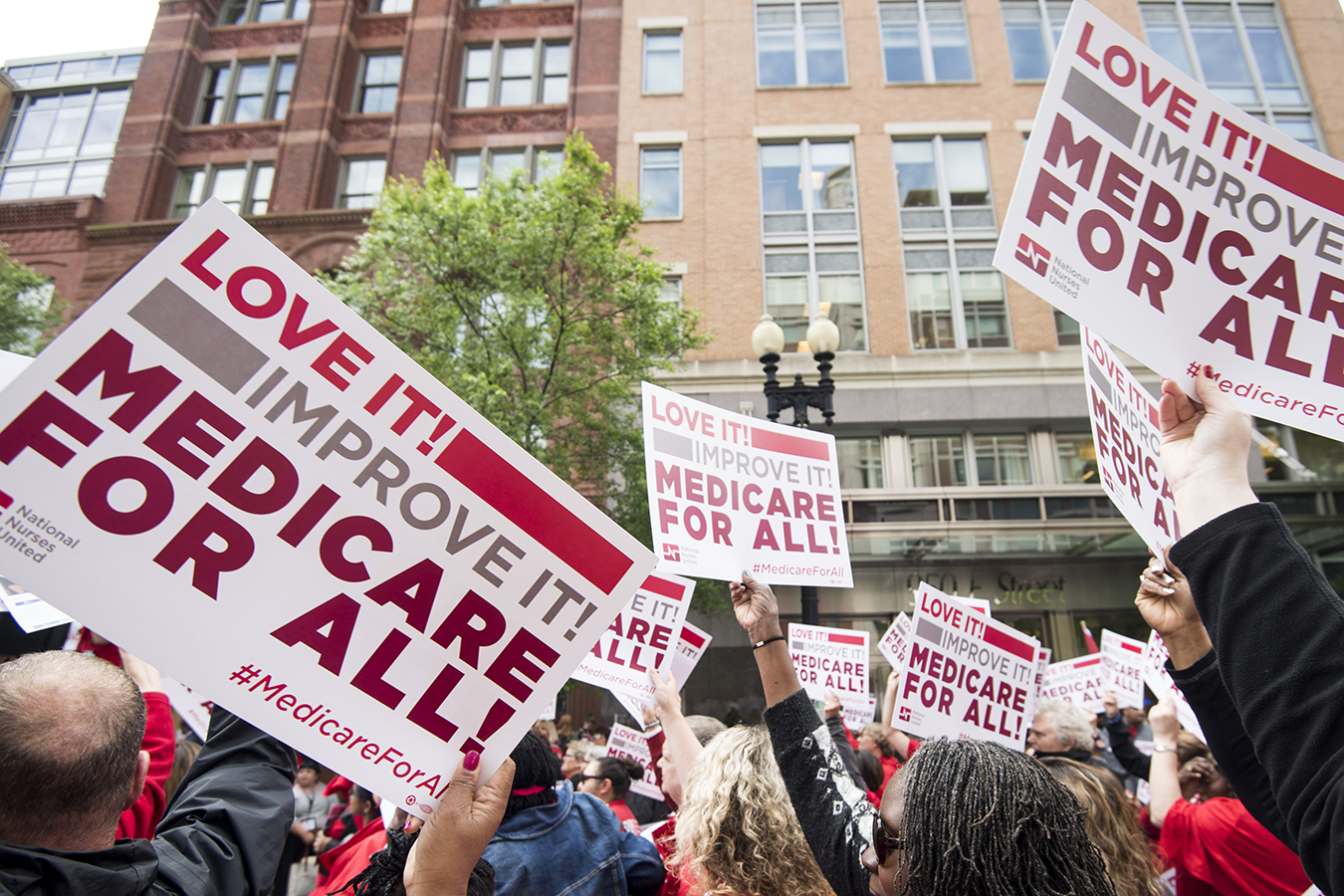 The first congressional hearing on a “Medicare-for-all” bill in at least a decade took place Tuesday, but without the usual phalanx of T-shirted supporters — or even the presidential candidates — who have been pushing the bill.

That’s because the hearing took place not at one of three major committees that oversee health policy in the House, but in the ornate — and comparatively miniature — hearing room of the House Rules Committee. That panel’s primary role is to set the terms for House floor debates, and its hearing room can seat about 50 people in the audience, compared with hundreds in the larger rooms of the Capitol complex’s office buildings. Also, members of the public cannot easily access the room on the third floor of the Capitol as they can the House office buildings across the street.

That arrangement was no accident — the Rules Committee is often called the “Speaker’s Committee” because it is so closely aligned with the speaker’s goals and is more heavily populated with members of the majority party than the usual committee breakdowns. House Speaker Nancy Pelosi has said repeatedly she does not want to push Medicare-for-all — a plan popular among progressive Democrats to move the country to government health care system — while Republicans control the Senate and the White House.

So, this hearing was the fulfillment of a promise she made to some of the more left-leaning members of her caucus when she courted them to support her candidacy for speaker. Another hearing, this one by the House Budget Committee — also not among the committees that would normally handle major health legislation, is expected to follow soon.

Read the rest
District of Columbia
Medicare For All