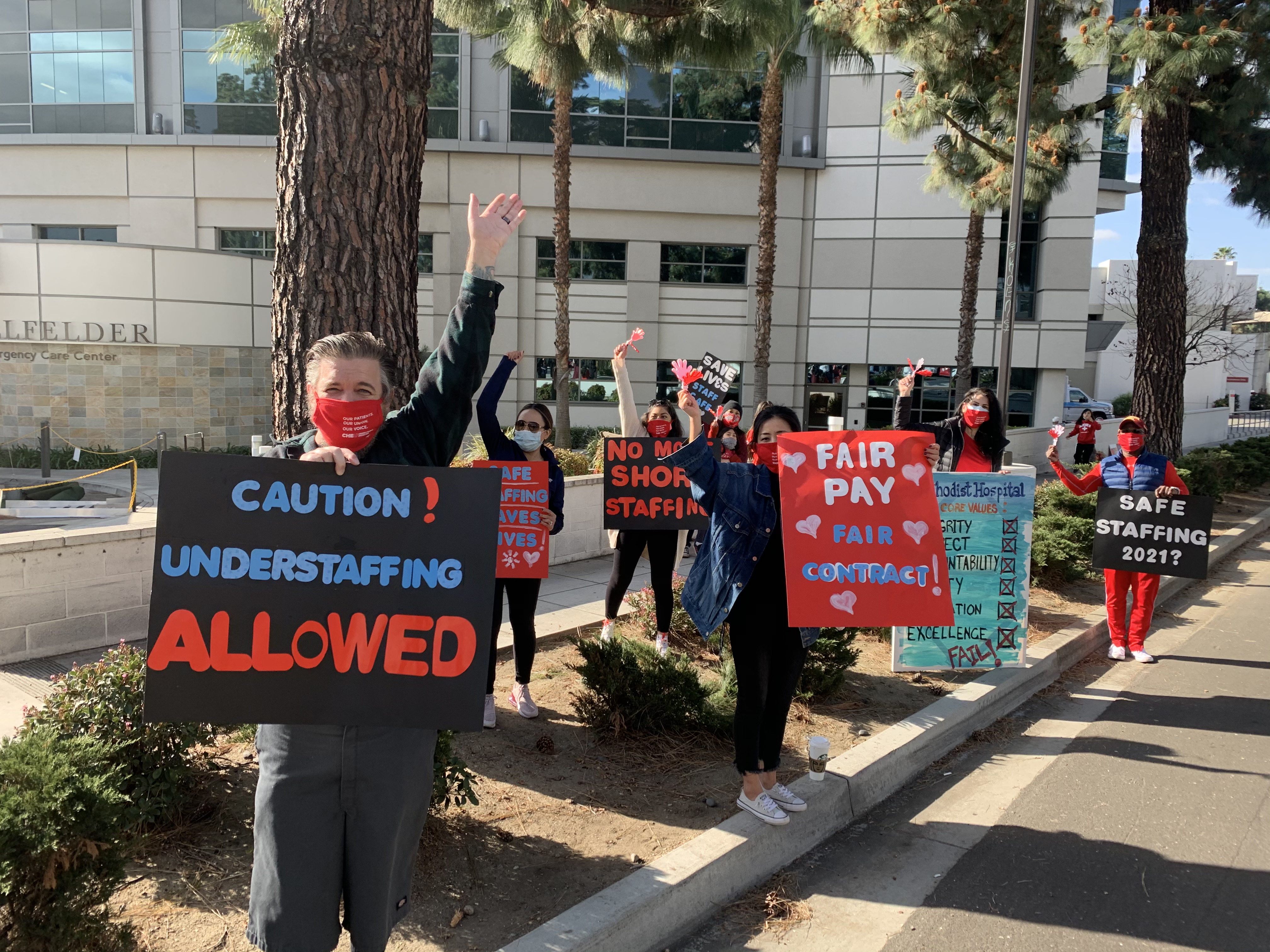 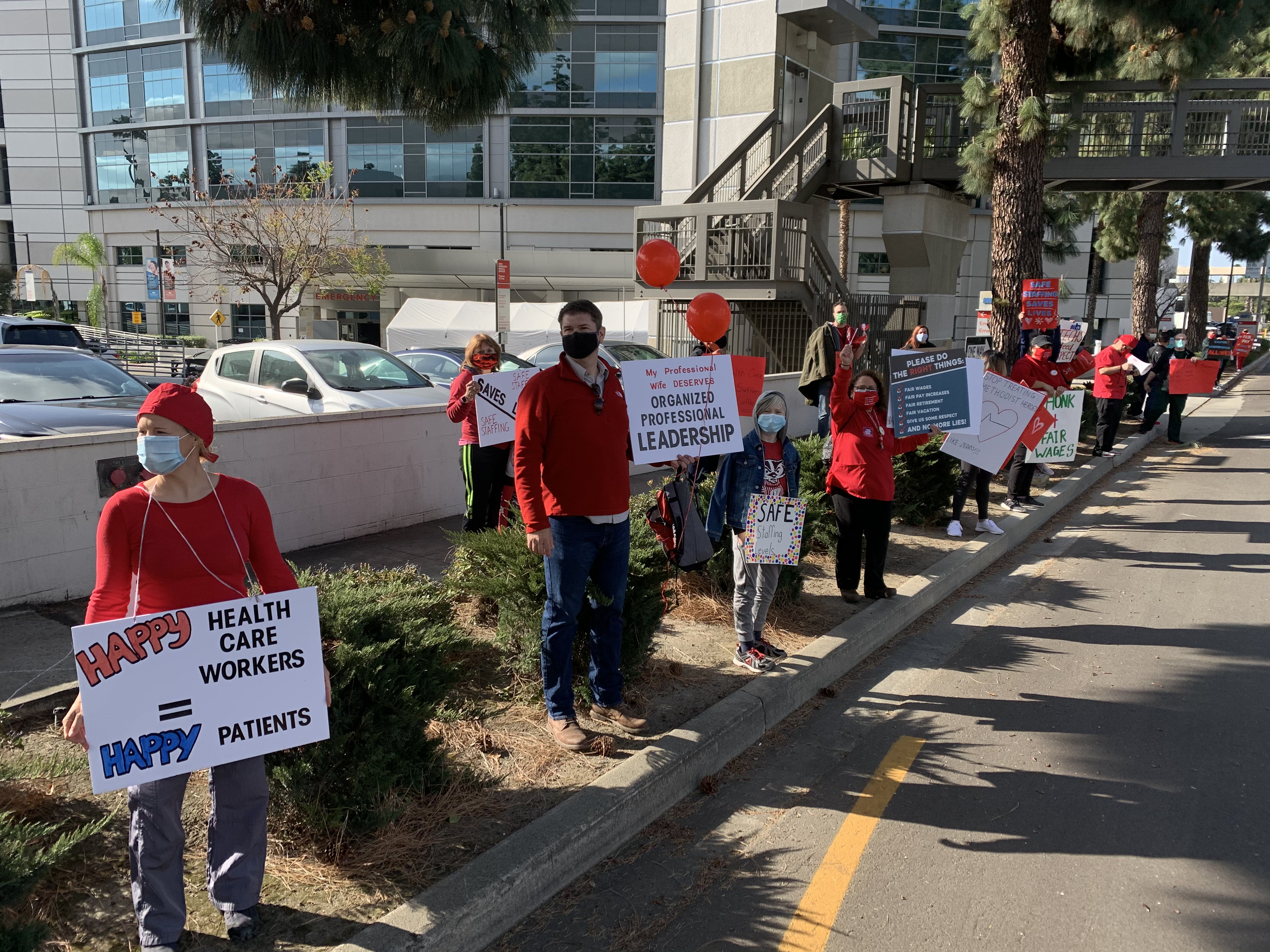 CHEU members held a picket and caravan on March 26th at Methodist Hospital of Southern California in Arcadia. Over 100 members participated in the actions, excitement was very high as cars honked and the caravanners drove past a group outside the hospital in person. Many members sent messages to their coworkers that were viewed from the hospital windows.

CHEU members also scored a huge victory for union power! The hospital disciplined a member of the CHEU bargaining team for talking about the union at work, we all know this is unlawful. As a result of the membership’s continual action the hospital was forced to admit that restricting union conversations at work was unlawful and the discipline was withdrawn.

Palomar Health CHEU members mobilizing for action have settled a member’s grievance after the employer changed their schedule which they were unable to work and reduced the hourly wage. They transferred to another position but lost wages. The union filed a grievance and won which returned wages to the previous rate and included back pay. 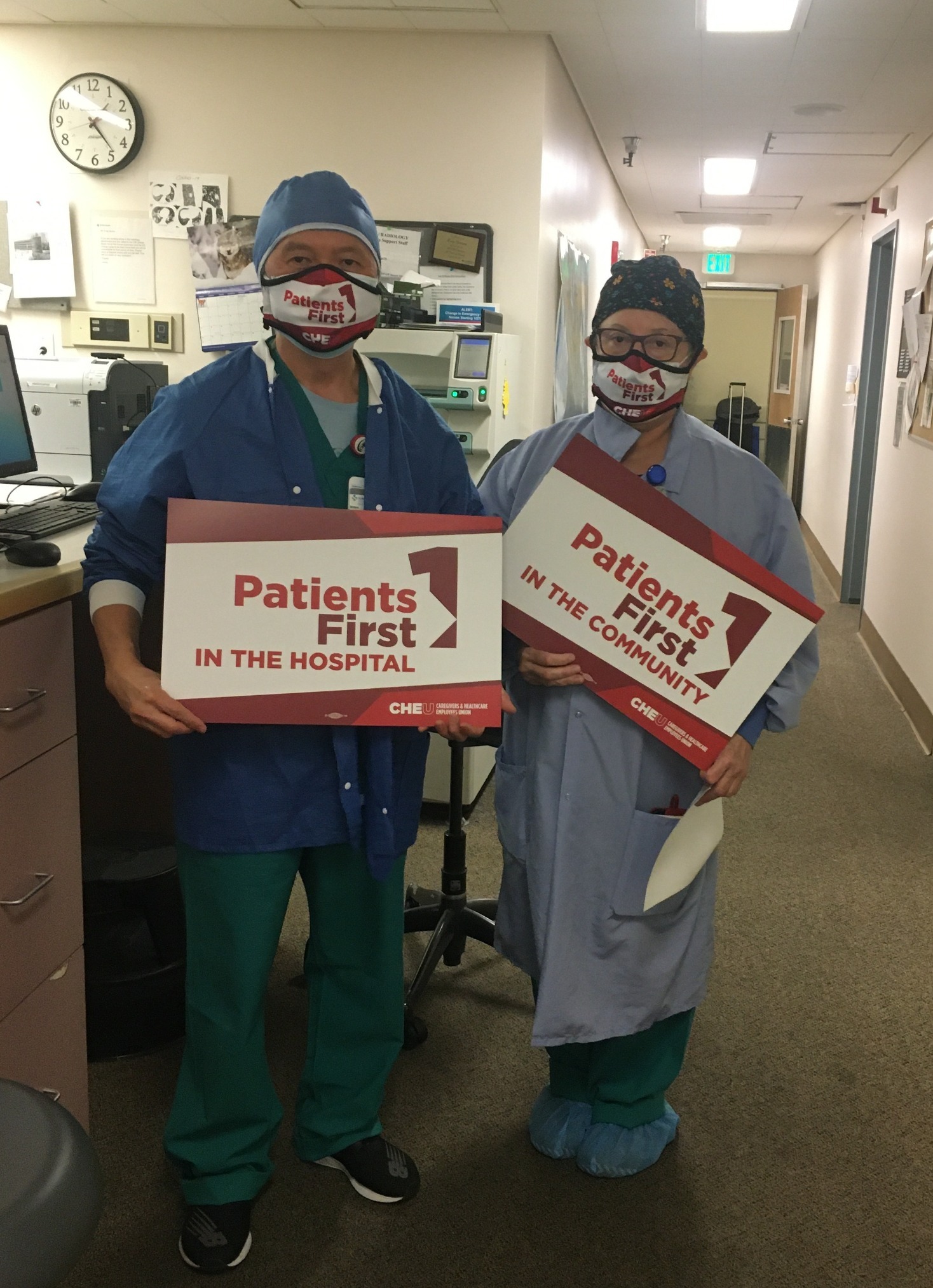 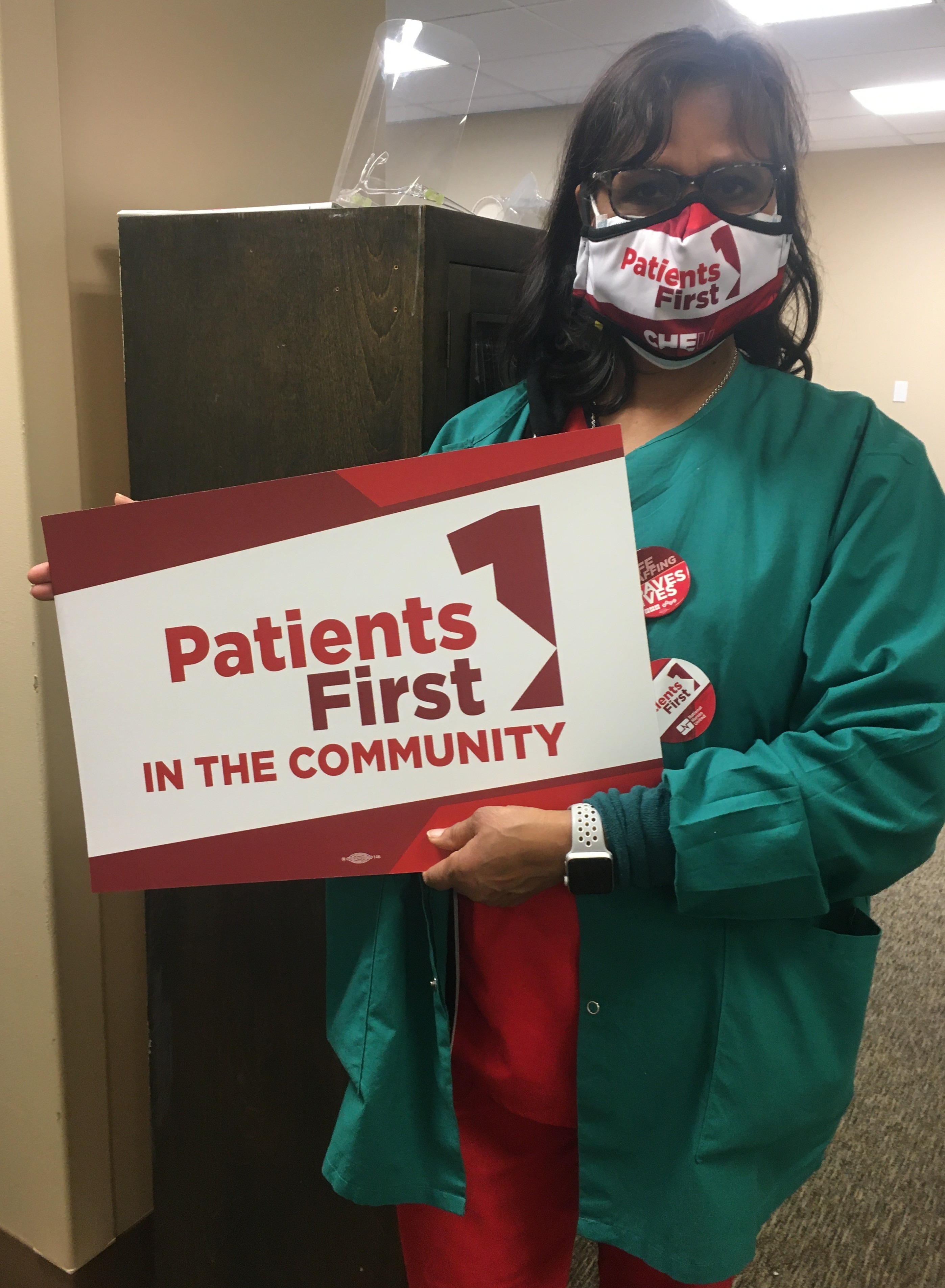 During the past year CHEU members (and CNA nurses) have been fighting for workplace safety through many actions and standing up to management demanding N95s, PAPRS and other PPE. While management did start to listen and make this equipment more available, they continued to violate many Cal/OSHA guidelines. CHEU members and registered nurses filed complaints with Cal/OSHA while demanding improved health and safety protections through direct action. Cal/OSHA corroborated the workers concerns and fined the hospital for eight serious violations totaling $155,250.

CHEU members at CHO won 120 hours of Covid paid time off by engaging in collective actions with our colleagues at CHO and UCSF. These hours can be used for COVID 19 related absences. This victory helps keep our members and our communities protected by ensuring safeguards are in place so we can take needed time off during this unprecedented pandemic.

Kindred Baldwin Park and Kindred San Gabriel Valley settled contract extensions with improved health and safety protections, including a new infectious disease task force and 3% wage increases. These extensions were overwhelmingly ratified by the CHEU membership at both facilities. The new contract runs through Spring of 2022.

Recently, 75 CHEU members and other supporters held an action in protest of the hospitals poor staffing.  Our CHEU leadership continues to engage in collective action pushing back against unsafe working conditions.

During the COVID 19 pandemic CHEU members have won extra shift differentials and extra shift incentives for EVS, secretaries, monitor techs, among others. Other victories include course correction of the manager in SPD, halting managements practice of changing start times in the Cath Lab and restoring call back pay. We were able to correct wage rates and win back pay for members who were denied proper pay. Workers won another major victory in administrative pay when they miss time from work due to COVID 19 exposures.

Transporters and schedulers at San Gabriel Valley Medical Center were improperly flexed off and then later laid off. CHEU recently reached a settlement for the impacted workers that included back pay for the contract violation. Other healthcare workers were cancelled out of rotation, members took action to correct this. The hospital has agreed to audit and compensate all workers who were cancelled improperly. Another major victory was won when the hospital agreed to reinstate tuition reimbursement they had improperly ceased and denied over the last few months.