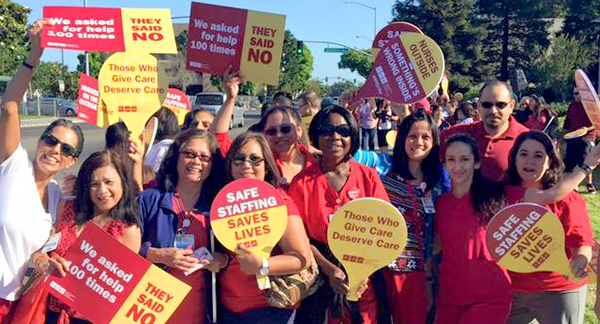 The registered nurses of St. Joseph Health System (SJH) have recently released a new report, “Falling From Grace,” on ethical and patient care concerns at SJH hospitals. A Catholic network of hospitals, established in 1920 by nuns with a mission to heal the sick and needy, SJH has grown into a wealthy corporation with billions in assets, operated by lavishly compensated executives. (According to the most recent SJH tax returns, CEO Deborah Proctor earns $2.05 million per year.) The SJH nurses, whose collective voices are reflected in this new report describe a very different health system today—one that puts patients and nurses at risk.

As reflected in the report, SJH has: