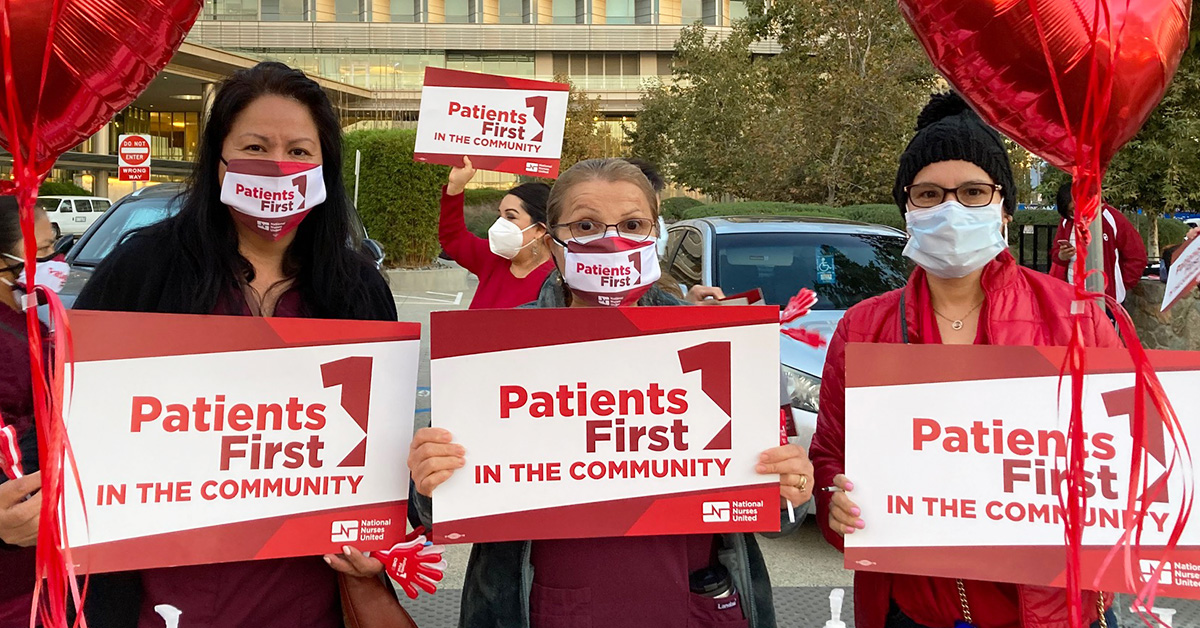 Registered nurses and caregivers at Palomar Health in North County San Diego, Calif. voted overwhelmingly, on June 23 and June 24, in favor of ratifying two new three-year contracts. The new agreements cover nearly 1,300 registered nurses and 1,700 caregivers. The RNs, who are represented by the California Nurses Association (CNA), and ancillary caregivers, represented by the CNA-affiliated Caregivers and Healthcare Employees Union (CHEU), had been negotiating for fair contracts for more than 14 months. They were prepared to strike over Palomar management’s bad-faith bargaining and numerous other egregious violations of labor law, including prematurely imposing contract changes without bargaining with the union.

Earlier in June, the RNs and caregivers pointed out that Palomar has the resources to invest in patient care despite management’s claims to the contrary, noting how management has diverted funds to non-patient-care expenses, such as the CEO’s million dollar-plus compensation package and a recent flood of promotional television and radio ads.

The health care workers said that it took the threat of a massive strike to force Palomar management to the bargaining table in earnest. When the tentative agreements were finally reached on June 21, the strike was averted two days before it was slated to begin.

“We are very excited because these new pacts set the stage for improving conditions at Palomar,” said Susan Adams, CNA member and RN in the labor and delivery unit at Palomar Health Escondido. “They address some of our most pressing patient care concerns, such as ensuring safe staffing for the benefit of both patients and workers, protecting the health and safety of employees, and recruiting and retaining RNs and caregivers. These contracts will provide vital support in our ongoing patient advocacy efforts.”

Highlights include strong health and safety language that accounts for safe staffing and the precautionary principle; expanded Professional Practice Committee (PPC) and Patient Care Committee (PCC) hours, where RNs and caregivers meet with management to address patient care concerns at the unit level; agreement to hire adequate numbers of break nurses to allow RNs to safely take meal and rest breaks; strong language protecting union contracts in the event of a sale or transfer; and diversity, equity, and inclusion language. The nurses also won a minimum of 10.25 percent wage increases over the term of the contracts and ratification payment.

“This was a long, hard fight and our unity and faith in our collective strength carried us through,” said Marlon de la Barrera, CHEU member and interventional radiation technician, at Palomar Health Escondido. “We were determined to win the contract we know is necessary to restore conditions at Palomar and we’re thrilled with the results.”

Martha Wallner is a communications specialist at National Nurses United.