With CNA/NNU, strikes are rare and typically last one to three days. A strike is the most drastic tactic used in the negotiation process and, when used, is done with careful preparation. In 95 percent of CNA/NNU’s negotiations, RNs have won successful contracts without strikes.

RNs organize to improve patient care and their own profession, not to strike

When RNs do vote to strike, they create mechanisms to ensure the well-being of their patients and the community. These include a Patient Protection Task Force and a 10-day written strike notice to give the hospital time to prepare.

When CNA/NNU RNs strike, they create several mechanisms to ensure the well-being of their patients and community.

10-Day Notice: The nurses give the hospital written notice, 10 days in advance, of their intent to strike as required by law. This is to give the hospital time to stop admitting new patients and begin the process of transferring patients who can be safely moved.

Patient Protection Task Force: A task force of RNs meets to help make the process of patient transfers and hospital phase-down go as smoothly as possible. Before the strike begins, the task force determines which patients may be safely transferred each day.

Nurse-Controlled Emergency Care: The Patient Protection Task Force makes a professional nursing assessment of each situation where emergency assistance is requested after the strike begins and will assign a nurse to stabilize the patient if necessary. 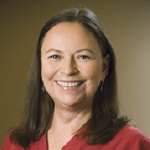 “Our 1996 Kaiser bargaining began with the hospital’s proposal of 26 takeaways, including wage freezes and health benefit cuts. Our strike demonstrated the resolve and power of the RNs. Not only were all 26 takeaways withdrawn and replaced with wage increases, but we won important patient safety improvements and taught a lesson to every other employer that the “new” CNA would fight concessions and protect RNs/NPs as patient advocates.

And to top all of that, every other CNA-represented hospital in bargaining over the next several years settled their contracts with little contention and with better wages than were won even at Kaiser, starting a positive escalation in wages and benefits.”