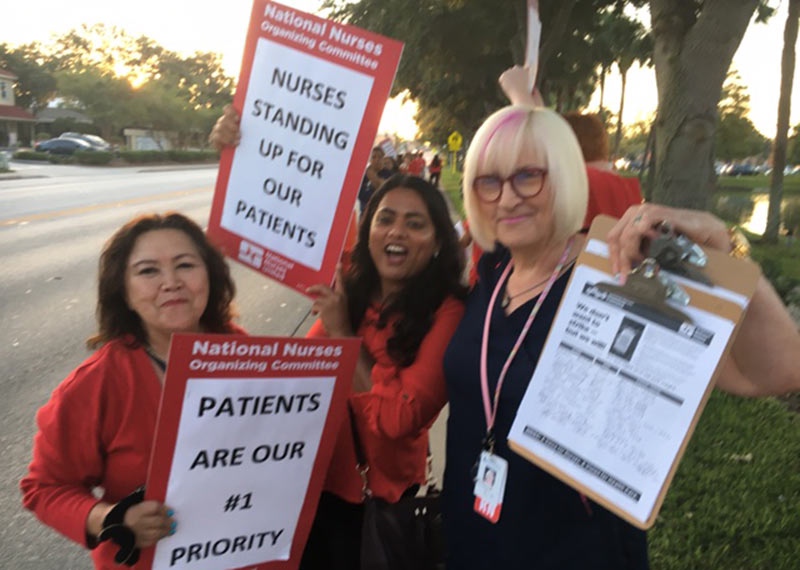 “The elimination of OB-GYN services at Jackson Park will most certainly make worse an already dangerous environment for mothers and their babies,” said Yolanda Clark, a registered nurse at Jackson Park. “For this hospital to take millions in taxpayer money and then leave low-income and predominantly African-American communities without vital and essential services is indefensible. We need our elected officials to step up and challenge this scheduled closure using all the means available to them.”What: Town Hall Meeting on Scheduled Closure of Jackson Park OB-GYN

Since 2013, Jackson Park Hospital has been awarded $10.5 million in state grants to renovate its labor and delivery unit and outpatient women’s health facilities. Clearly, the state recognized the need to provide maternal and infant care to the surrounding community facing systemic racial and economic barriers to accessing health care.

Jackson Park Hospital serves some of the most vulnerable communities in Chicago.  Across the hospital service area, maternal morbidity rates and infant mortality rates are far higher than the national average, including in the Avalon Park area which has an infant mortality rate of 24.5 deaths per thousand live births. In its own 2018 community health assessment, the hospital noted that women in the hospital’s service area were not receiving early and adequate prenatal care, and identified maternal and child health as priorities that needed to be addressed.

Nurses say the hospital has been able to eliminate these critical services due to a lack of regulatory oversight by the Illinois Department of Health, which approved the closure. Recently, changes to the state oversight process make it easier for hospitals to shutter units, including less profitable ones such as OB-GYN units.

“The Illinois Department of Health is tasked with making sure the most vulnerable people in the state have access to the medical care they need, but it has abdicated its power to carry out that mission,” said Myrna Dennis, a registered nurse at Jackson Park. “With these changes in regulatory oversight, it is possible the Jackson Park Hospital may be part of what could be just the first wave of hospitals in Illinois to abandon their mission to serve the women, mothers, and babies in their community.”