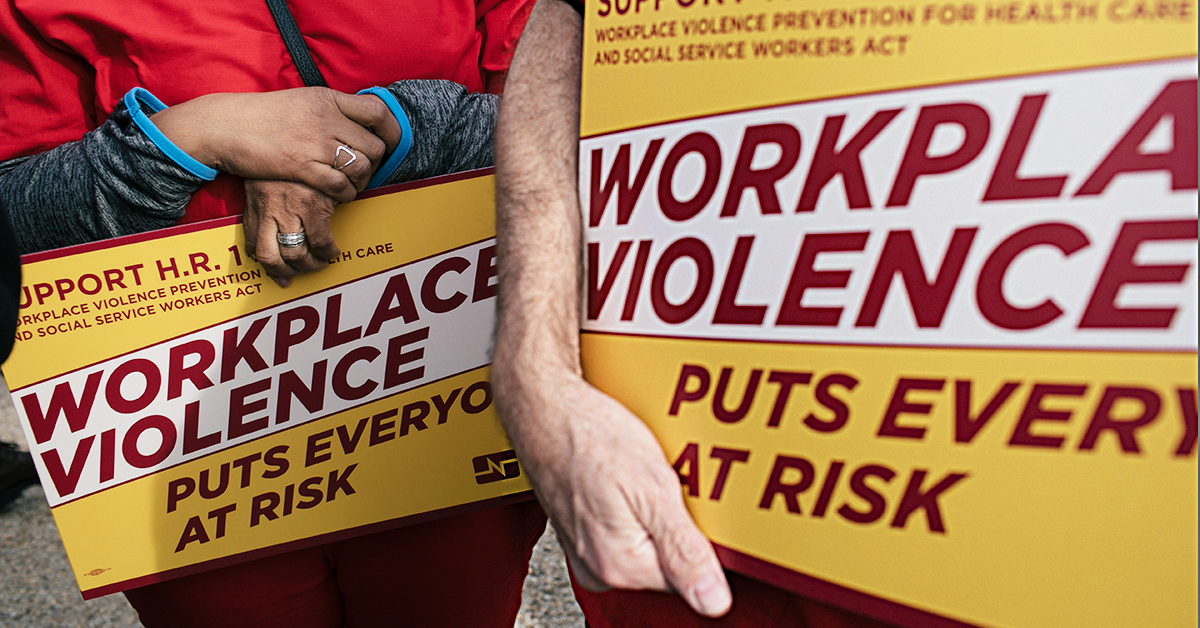 Sen. Tammy Baldwin (D-WI) will be introducing the Workplace Violence Prevention for Health Care and Social Service Workers Act in the U.S. Senate during Nurses Week (May 6-12) on Wed., May 11, announced National Nurses United (NNU), the nation’s largest union of registered nurses, today. This is the Senate version of the bill that passed in the U.S. House of Representatives, H.R. 1195 (Rep. Joe Courtney (D-CT)), on April 16, 2021.