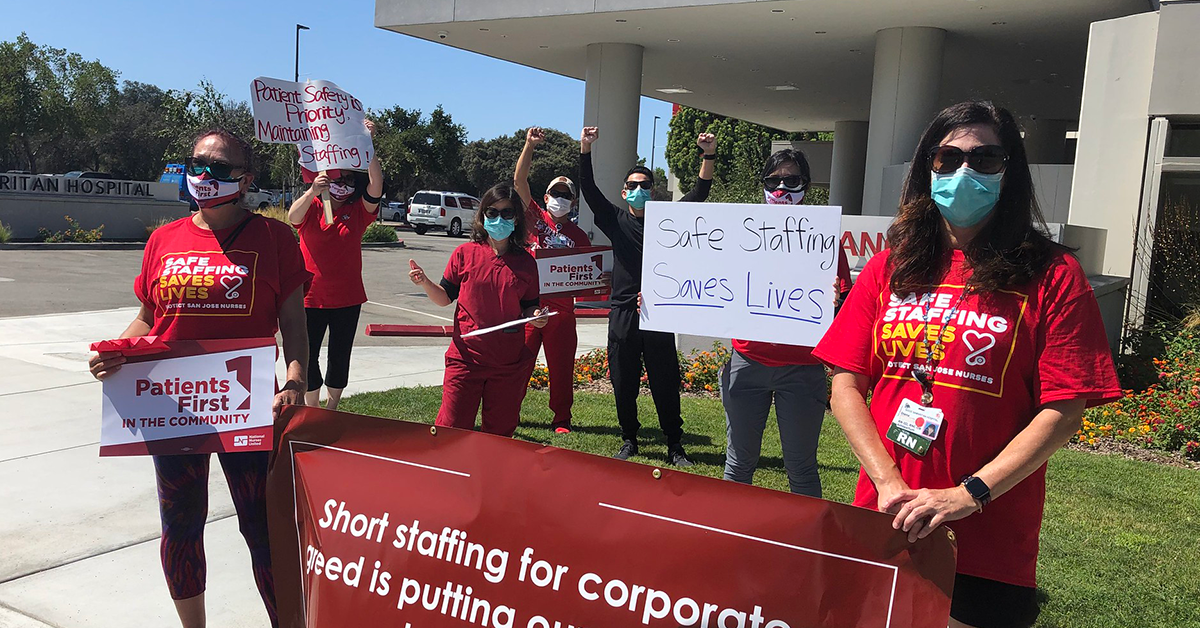 “We are pleased to have secured commitments from HCA (parent company of Good Samaritan and Regional) to work with nurses to address staffing issues and to aggressively recruit and retain nurses through wage increases and the creation of new critically-needed float pool positions,” said Kristine Weng, a neonatal intensive care unit RN at Good Samaritan.

Under the agreement, a midterm adjustment in their current collective bargaining contract that runs through next June, HCA has agreed to aggressively recruit 80 additional registered nurses with a significant increase in resources needed to address the severe staffing shortages that have been at the heart of RN concerns.

Fixing staffing problems, especially inadequate RN staffing at both hospitals, has been an urgent priority for the San Jose RNs, who have repeatedly raised their safety concerns in meetings with hospital management and at public actions.