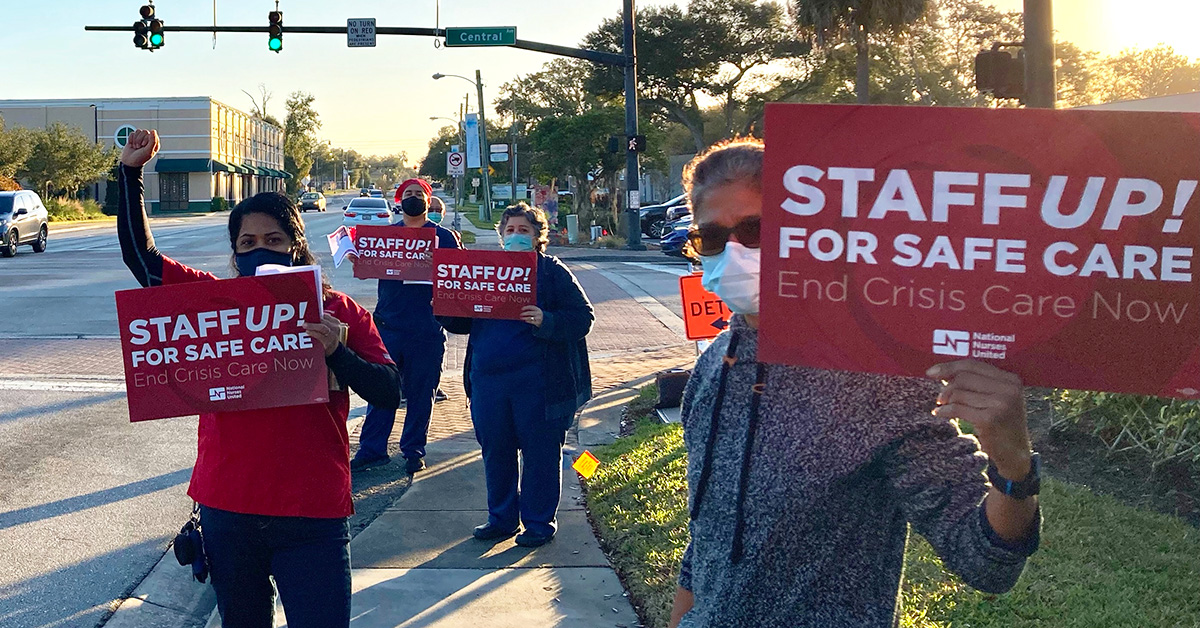 “We want the public to know that we are outraged at these service cuts and that we will continue to advocate for improvements in care.”

Registered nurses at HCA Florida Osceola Hospital in Kissimmee, Fla., will gather on Dec. 9 to condemn the impending shutdown of the hospital nursery on Dec. 12, and to declare publicly their commitment to advocate for improvements in care throughout the hospital, announced National Nurses Organizing Committee/National Nurses United (NNOC/NNU) today.

Starting Monday, Dec. 12, the hospital will eliminate the dedicated nursery nurses who receive and care for newborns, and assign this role to nurses who are watching other patients in labor, which is not safe. The scheme also entails expanding use of the neonatal ICU, yet this unit has lost more than 50 percent of its RN staff over this past year. To compensate for inadequate staffing levels, the hospital is assigning RNs who will have only completed a minimum of NICU-level training by March 2023..

“I have spent years working in the nursery and I am acutely aware of how much new parents depend on my colleagues and I to support them and their newborns,” said Ginnie England, an RN who has worked in the nursery for 8 years. “We want the public to know that we are outraged by these service cuts, and that we will continue to advocate for improvements in care.”