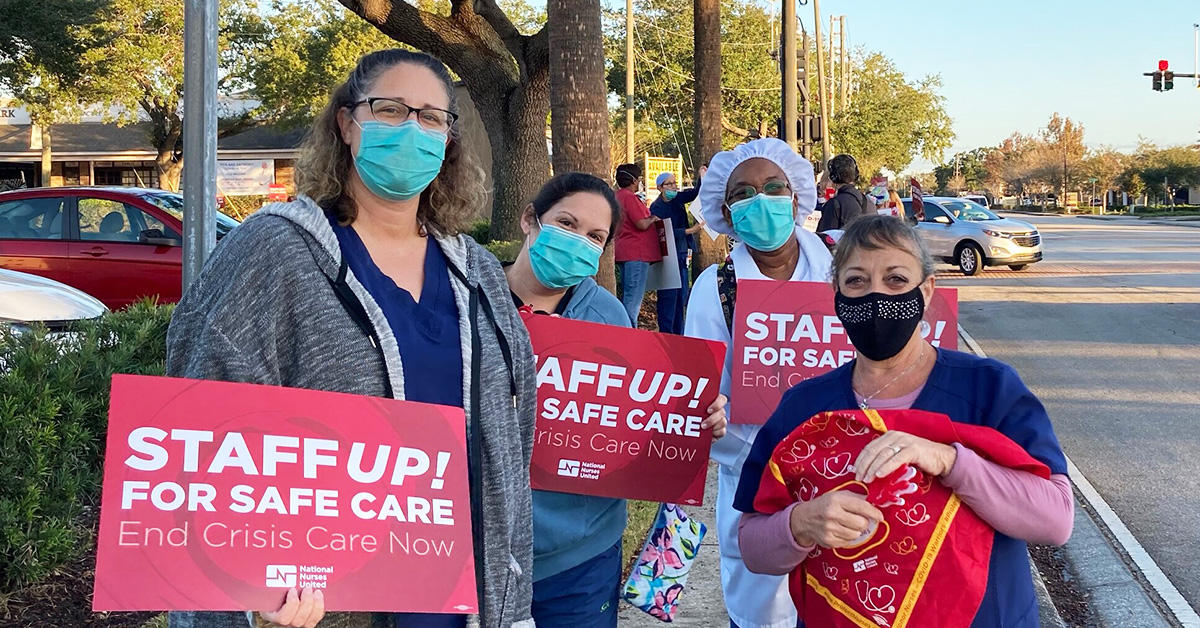 “HCA’s service cuts are discriminatory and will hit our low-income, high-risk patients and babies hardest.”

The scheme, which includes closing the nursery unit, is officially scheduled to begin Dec. 12, but the hospital started making operational changes in units providing birth care this past summer, including reassigning nurses to the neonatal intensive care unit (NICU) without adequate training.

“We are speaking up for our patients because they cannot speak up for themselves. It is clear to us that HCA’s service cuts are discriminatory and will hit our low-income, high-risk patients and their babies hardest,” said Ginnie England, RN in the nursery unit. “The units serving mothers and newborns have been short-staffed for many months, including a loss of fifty percent of our NICU nurses over this past year. We want the hospital to proactively work to retain seasoned RNs and hire more nurses, not reduce services to some of our hospital’s most vulnerable patients, including newborns.”

According to nurses, the hospital serves a large number of high-risk patients, many of whom are low income, non-English-speaking immigrants who have not received adequate prenatal care. Labor and delivery RNs report that it is already a challenge to adequately monitor deliveries for these patients due to short-staffing. But under the new scheme, RNs would have even less time for monitoring, as they would also be tasked with providing care for the newborns, who are currently cared for by a nursery nurse from the moment they are born.

But if the nursery is closed, there will be no respite care for new parents; they will be expected to care for their newborns, regardless of their postpartum condition. Under the current structure, nursery RNs provide care for most of the issues that may arise with babies born healthy. After Dec. 12, the hospital plans to send those babies to the NICU. To compensate for staffing short-falls in the NICU, the scheme calls for utilizing ancillary staff with far less training and non-NICU RNs, despite the fact that their proposed training would not be completed until March 2023.

“HCA is claiming that their plans to close the nursery are "evidence-based" and "family-centered," but the truth is that our patients will be at risk if HCA is successful in implementing this plan,” said Cassandra Gomes, an RN in the labor and delivery unit. “I am very proud to be part of the team of nurses who are standing united to be the voice for our patients, including our newborns, in the face of HCA’s corporate greed.”