Registered nurses, joined by labor and community leaders and activists, will rally in front of the New York Stock Exchange Wednesday, June 22, to call for a sales tax on Wall Street speculative activity. The tax would raise revenue to rebuild the nation.  Rally participants tie financial speculation to the present economic crisis.

The protest will be held at noon, June 22, on the steps of Federal Hall at Wall and Broad Streets.

The June 22 rally is part of an International Day of Action, called on by the European Trade Union Confederation, with events scheduled throughout Europe in support of a similar tax on the buying and selling of stocks, bonds, credit default swaps, derivatives, and other major financial transactions. Great Britain and a number of other nations have such a tax, which has also been endorsed by the European Parliament.

In the U.S., hundreds of billions of dollars could be raised every year through such fees – revenue needed to repair the harm to Main Street communities so devastated by the abuses of Wall Street speculation and greed. The money can be used to create jobs and fund health care, education and housing.

The protest is sponsored by National Nurses United – the nation’s largest labor and professional organization of nurses – as well as the AFL-CIO, IBEW, National Jobs with Justice, UAW, TWU Local 100, NYPIRG, ATU, and Working Families, and other community and labor groups.

“America’s nurses see and feel broad declines in health and living standards for their patients, and their own families that are directly tied to the collapse in jobs, housing, healthcare, and other basics of what used to be called the American dream,” says NNU Co-President Deborah Burger, RN. “Nurses are calling for a change in priorities because they have seen enough and want to stop the bleeding now.”

“America has the wealth to end the despair and deprivation. It’s just being hoarded by those on Wall Street and corporate board rooms, and the politicians they elect and control to protect their privilege,” said Rose Ann DeMoro, NNU executive director.

“To reclaim this nation, we have to start by making Wall Street pay to undo the damage that has caused immeasurable suffering while the high rollers on Wall Street, who created this crisis, are rewarded with bailouts, bonuses, tax cuts, and regulatory rollbacks,” DeMoro added. 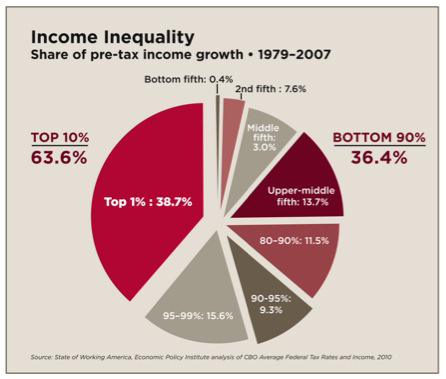 NNU wants to end the proposed cuts in Social Security, Medicare, and other bedrock programs while the government promotes new corporate tax cuts.  A General Accounting Office study found that 57 percent of U.S. companies paid no federal income taxes for at least one year during the past decade.