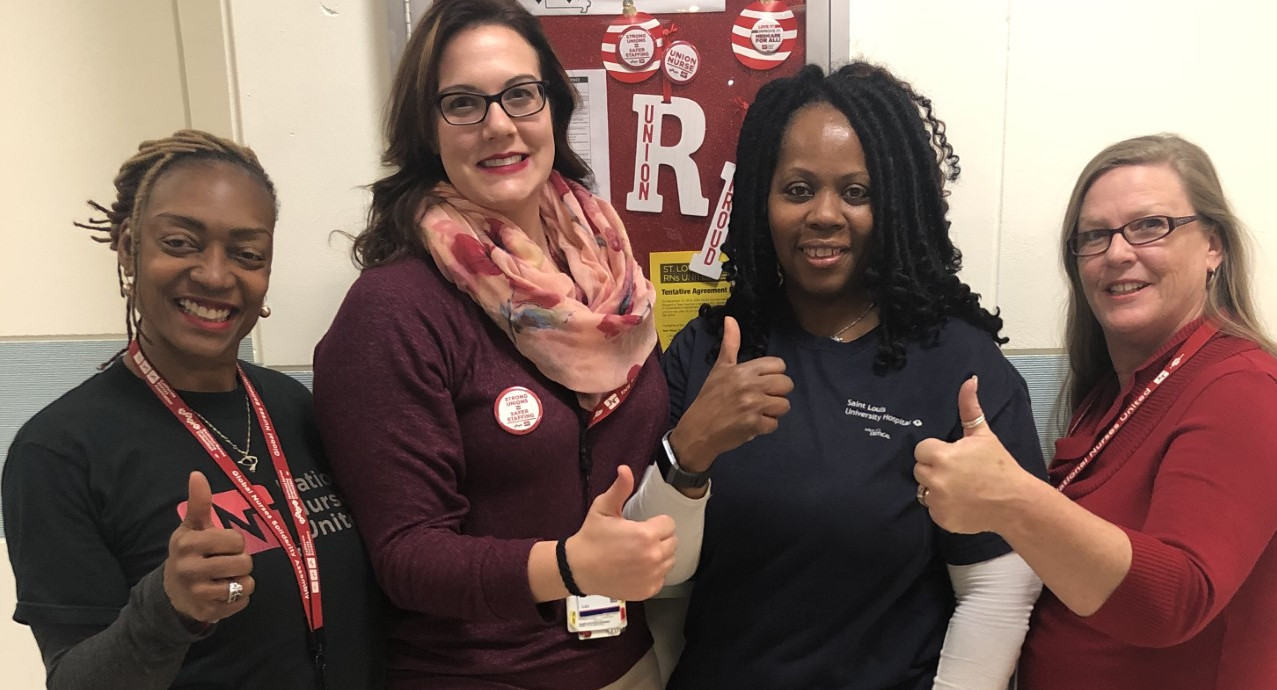 “Despite Missouri repealing laws and regulations on patient rights and staffing, we were able to secure in our contract RN-led staffing committees that can hold management accountable to its staffing plans,” said Sarah DeWilde, an RN who has worked for three years in the ICU at SLUH. “We also won language that affirms our rights as our patients’ advocates in the facility and which allows us to speak up when management is not acting in the best interests of our patients.”

“Through our strike vote, we won increases that will help us retain and recruit nurses who will fill the positions we need to give the safe standards of care our patients deserve,” said Earline Shepherd, an emergency room nurse at SLUH.

Highlights of the contract, which was ratified last night, include: