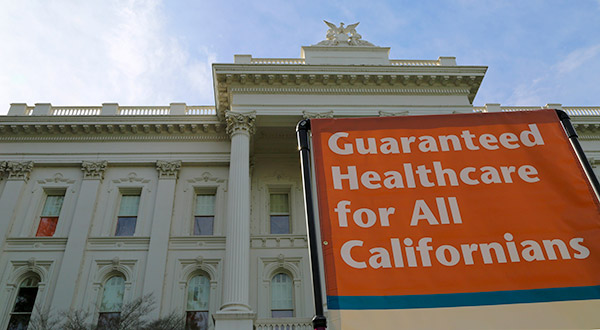 Hundreds of registered nurses and community activists will rally in Sacramento Wednesday, April 26 as the legislative journey begins with the first hearing on a bill to guarantee health care for all California residents with comprehensive health services and an end to out of control co-pays and deductibles.

SB 562, the Healthy California Act, would establish an improved Medicare for all type system in California, will be heard by the Senate Health Committee. Full details of the bill may be viewed at http://leginfo.legislature.ca.gov/faces/billTextClient.xhtml?bill_id=201720180SB562

Prior to the hearing, RNs, members of the California Nurses Association/National Nurses United, and community will gather for a rally and training on SB 562 at the Sacramento Convention Center followed by a colorful march to the State Capitol for the hearing.

Nurses say the Healthy California Act could become a national model for how all states can act to address the ongoing emergency of individuals and families threatened by high out of pocket costs, inadequate access to coverage, and restrictive insurance networks.

A sweeping series April 8 in The Lancet “America: Equity and Equality in Health” offered multiple reminders of the need for major healthcare reform as represented by SB 562. For example: