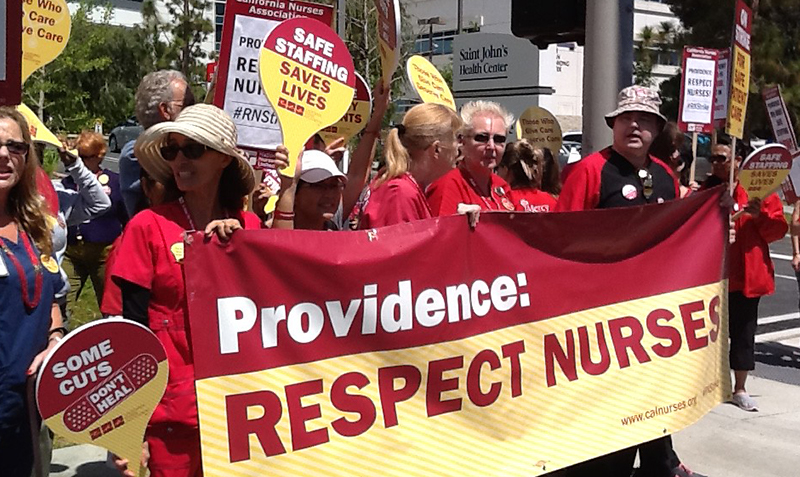 Registered nurses at Providence Saint John’s Health Center in Santa Monica overwhelmingly ratified a new three-year contract, announced California Nurses Association (CNA) today. The agreement is the result of a long and protracted fight that included more than a year of bargaining, a one-day strike in November 2018, and a picket.

“We’ve made great improvements in this contract to better protect our patients and staff,” said Jack Cline, an RN in the medical surgical unit and member of the bargaining team. “RNs stayed united and did not let management divide us.”

CNA has 100,000 members and is affiliated with National Nurses United, the largest and fastest growing union and professional association of registered nurses in the United States with more than 150,000 members nationwide. CNA/NNU plays a leadership role in safeguarding the health and safety of RNs and their patients and has won landmark legislation in the areas of staffing, safe patient handling, infectious disease, and workplace violence prevention.