Nurses: Itâ€™s On to New Hampshire, Nevada, and Beyond

‘Bernie and this campaign have the people & the movement’

National Nurses United, a significant presence across Iowa in the lead up to the Iowa caucuses, and who have been campaigning for Sen. Bernie Sanders across the U.S. for months, Monday night celebrated Sanders’ dramatic finish in Iowa, and said the nurses are stepping up efforts in New Hampshire, Nevada, and the campaign ahead. 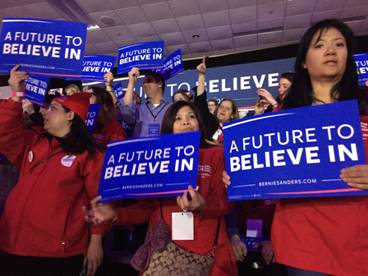 “Bernie and this campaign have the people and the movement,” DeMoro said, calling the Iowa results “an incredible night for the massive yearning for the people against big money. This is the most inspiring campaign I have seen in my life. An object in motion tends to stay in motion. That's why we will win.” 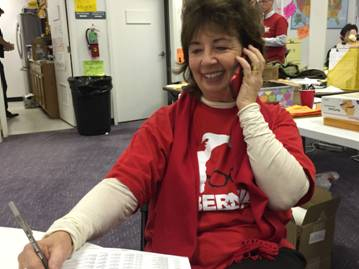 NNU nurses and leaders were out in force at the Sanders celebration in Des Moines Monday night capping days of activity for Sanders in Iowa, which included canvassing and phoning voters to get out the vote.

NNU members have also been campaigning for weeks in New Hampshire and Nevada where the election battle shifts next. More than 160 RNs knocked on doors over the Martin Luther King Jr. holiday weekend in Las Vegas. 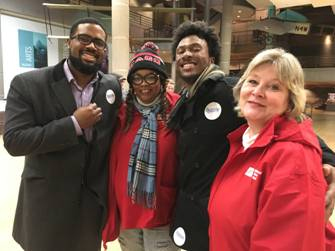 NNU Co-President Jean Ross, RN noted she talked to two Republicans while phone banking who said that for the first time they intended to register to participate in a caucus as a Democrat “because they want to vote for the candidate who has the best ideas and can get elected.” 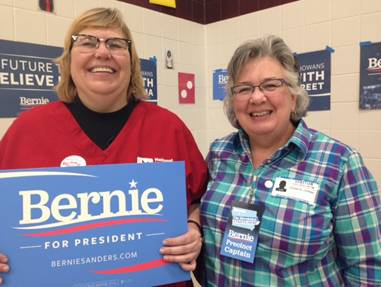 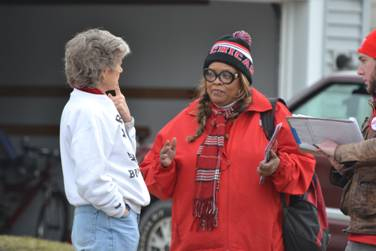 Chicago RN Martese Chism said that in walking Des Moines neighborhoods she met several voters who were “excited” to be able to vote for Sanders. “We talked about what it means to have someone who is a champion, but also has a movement behind him. You need both to achieve social change.” 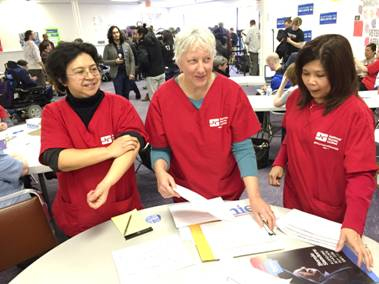 Chicago RNs preparing to get out the vote for Sanders Monday