Nurses Denounce Insurrection at U.S. Capitol "Those Responsible Should be Held Accountable" 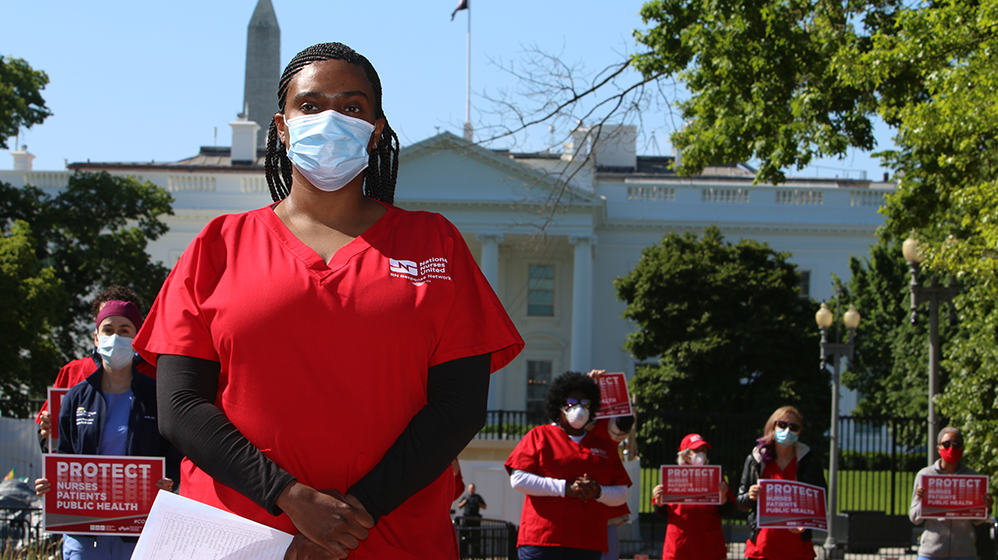 National Nurses United (NNU) joined with people across the United States to express shock and horror at the right-wing assault on the U.S. Capitol today and called for those promoting it to be held accountable.

“Nurses agree with the statement by President-elect Biden that ‘our democracy is under unprecedented assault, unlike anything we have seen in modern times’ and his labelling of the violent assault on the Capitol today as ‘insurrection,’” said NNU Executive Director Bonnie Castillo, RN.

“As nurses, we are deeply disturbed by the scenes of violence and threats to our elected leaders, the dedicated people who work in the Capitol, and anyone else subjected to this unconscionable attack on our most fundamental symbols of democracy,” said Castillo.

“This was a violent attempt to stop Congress from confirming the people’s choice for president and vice president. As such, it’s an attack on democracy itself, instigated by the president of the United States,” Castillo continued.

Sadly, “the actions we have seen unfold today are the inevitable result of what President Trump has inspired and incited for years, from encouraging attacks on protesters at his rallies and on officials ordering safety measures in response to the pandemic, to embracing armed white supremacists, to the constant demonization, in the starkest of terms, of his political opponents.”

“All of that has escalated in the weeks leading to the election, and especially after the November vote when the president has denounced the legitimacy of a democratic election, promoted outlandish conspiracy theories, and urged his armed supporters to act to ‘save this country.’”

“The president has been encouraging sedition. No one is above the law,” said Castillo. “He is responsible for the scenes we have seen today at the Capitol and he should be held accountable.”

Going forward, after Biden’s inauguration, “we as a nation must come together to begin to heal, to refocus first and foremost on containing this terrible pandemic, and on being able to respect political differences and rebuild a democracy that has been so endangered.”