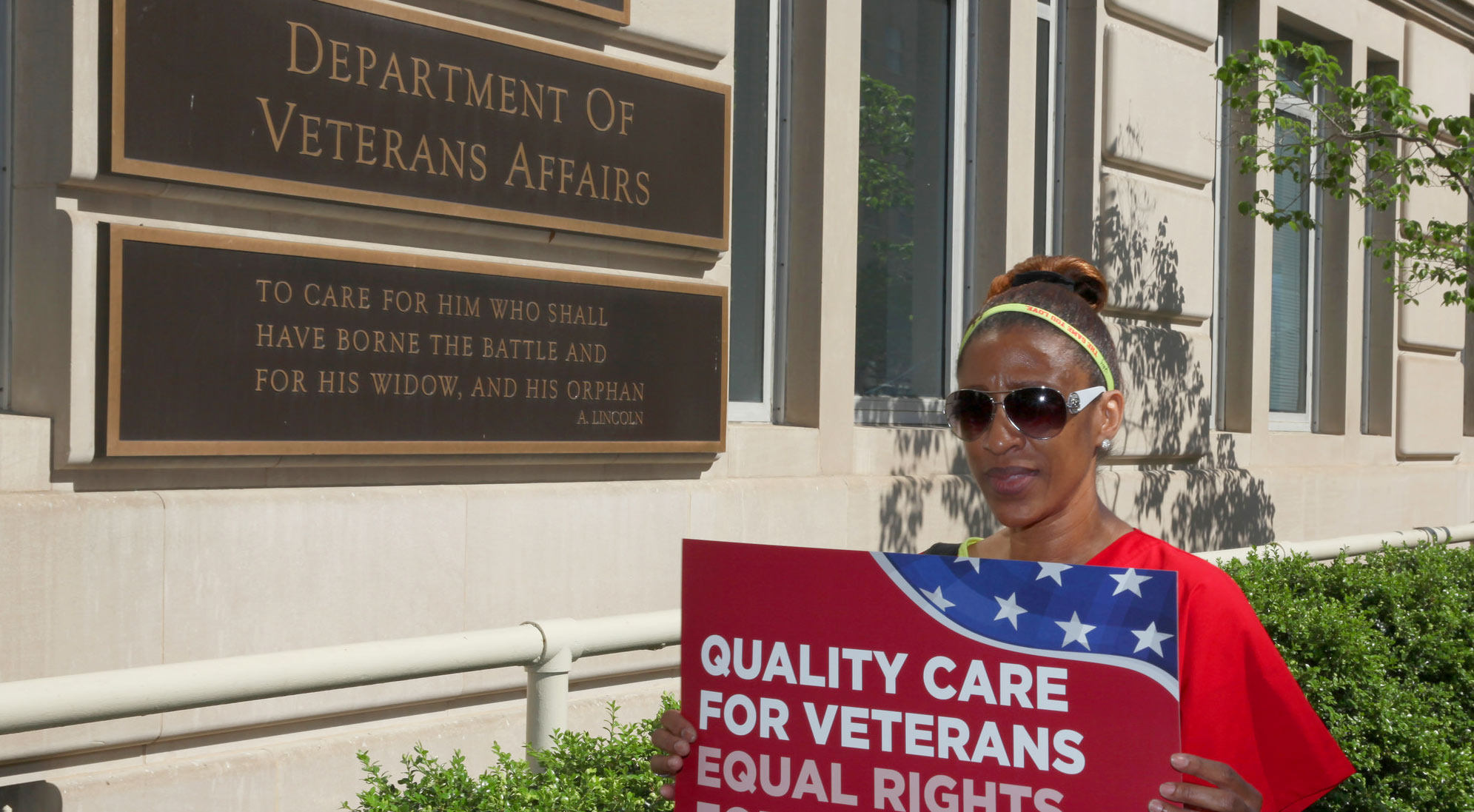 The 150,000 nurses of National Nurses United—including 11,000 in the Dept. of Veterans Affairs—today condemned the VA MISSION Act (HR 5674), in a letter to the U.S. House of Representatives, urging representatives to oppose the legislation, which would allow for the VA system to be dismantled and privatized, endangering healthcare for millions of veterans.

The VA MISSION Act gives the VA Secretary the authority to privatize and dismantle broad swaths of the VA system. Among its provisions, it allows for primary care to be given over to private health care providers, which nurses say jeopardizes patient care for our nation’s veterans.

“Our registered nurses that provide VA care know that primary care is the heart and soul of the VA. Farming out primary care to other providers will be a major step to dismantling the VA entirely, opening the door to privatize services that have historically been provided at the VA, and undermining one of the other strengths of the VA system—the integration of care,” said NNU co-presidents Deborah Burger, RN, and Jean Ross, RN, in the letter.

The bill also allows the VA Secretary to send out up to 36 service lines nationally, and up to three per facility to the private sector. But the bill does not include a proposal to fix problems within VA facilities in a timely manner, say nurses, so that these services can be brought back into the VA. Without a firm plan to bring services back into the VA, RNs express concert that this will serve as another way to privatize and dismantle the VA system.

“Privatizing the VA will negatively affect patient care for our nation’s veterans… By building a comprehensive care delivery system, in which veterans receive all their care within the same system, the VA is able to deliver highly individualized and specialized care. The private system is simply not equipped to deal with the unique concerns of veterans,” said Burger and Ross.

Nurses point out that the vote on this bill comes on the heels of the recent release of a major study, conducted by the RAND Corporation, which found that the VA medical system is working as well or better than non-VA care. This study was commissioned by the US Department of Veteran Affairs and was mandated by the 2014 law that established the VA Choice program. On average, VA hospitals performed the same or "significantly better" than non-VA hospitals on almost all patient, mortality and effectiveness measures, researchers found. For outpatients, VA facilities performed better than commercial and Medicaid HMOs; and better or similarly to Medicare HMOs.

In a previous RAND study focused on New York, researchers found that private providers could assure prompt care but that when factoring in preparedness for conditions common among veterans and familiarity with the military culture, "the number of prepared providers dropped precipitously."  That survey determined that while 92 percent of New York health care providers were accepting new patients, only 2.3 percent met all criteria for effectively serving the veteran population.

HR 5674 establishes a commission to evaluate the VA’s infrastructure needs and assets, which nurses say is a concern, given that this provision diminishes Congressional authority over VA facility closure decisions. It also allows the large funding needs of the Commission to deplete the VA medical services account without any restrictions—which RNs know jeopardizes and health and safety of their VA patients.

“[The VA MISSION Act] puts patient care at risk. We urge you to protect the patient care of our nation’s veterans, and vote against HR 5674,” said Burger and Ross, ahead of the impending vote.