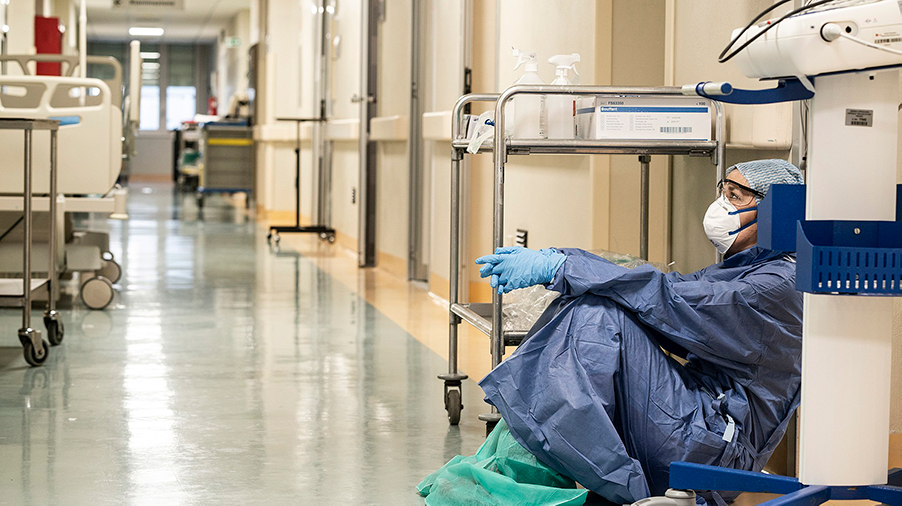 “We are appalled that Gov. Abbott could take such an ill-advised step at a time when people are still dying, and the virus continues to spread throughout Texas, including in communities where our members live and work,” said NNU President Jean Ross, RN. “For the highest public official in the state to tell people to ignore all precautions will only result in avoidable increased pain, suffering, and deaths. It is a shockingly irresponsible decision.”

NNU concurs with the statement by Texas AFL-CIO President Rick Levy, said Ross, that Gov. Abbott’s decision to lift a statewide mask mandate “would put lives of working people in jeopardy and directly lead to more deaths from #COVID19.”

“It is especially dangerous to reduce safety measures with the escalating risk of the spread of new variants that could lead to further surges, and the uncertainty of whether the vaccines will protect against them.” Abbott’s order, Ross noted, “directly contradicts the advice of public health experts across the country.”

“We continue to care for Covid-19 patients. We continue to struggle with sufficient staffing to keep up with the pandemic,” said Las Palmas Medical Center RN Juan Anchondo.

“The worst message we can send to our community is to let down our guard by stopping the wearing of masks and stopping the practice of physical distancing. It is urgent that we discourage any behavior that will put more of our neighbors in our hospitals,” Anchondo said.

Similar concerns were expressed by Judge Ricardo Samaniego, who has been at the forefront of advocating strong safety measures in El Paso County. “El Paso has over 280 bodies in our Holding Facility and 2,086 total deaths have been reported,” he posted Tuesday on Twitter. “@GovAbbott's directive to no longer make masks mandatory would be equivalent to him stating that we don’t have to wear our seatbelts…but it would be a good idea if we did.”

National Nurses United, representing more than 175,000 registered nurses, is the largest union and professional association of RNs in the U.S.