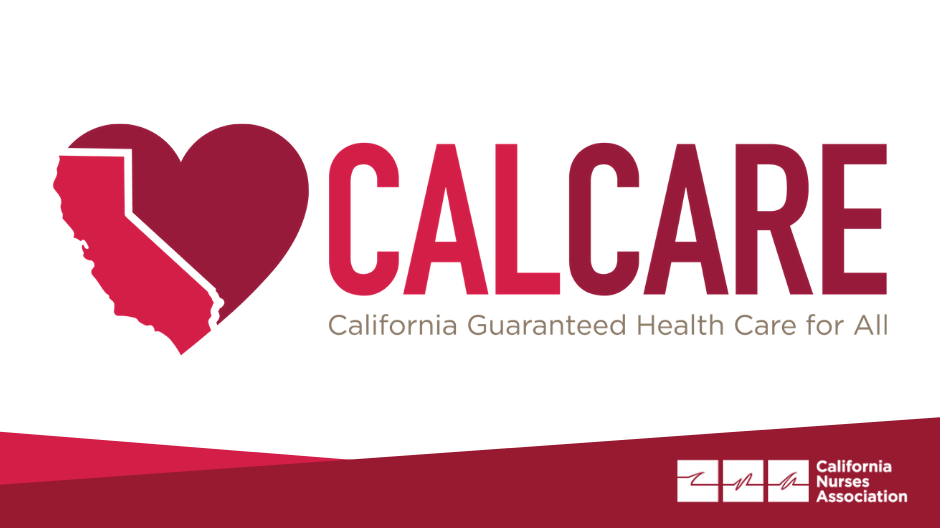 The following statement is the California Nurses Association (CNA)’s response to news today that the California State Assembly failed to hold a vote on AB 1400, the California Guaranteed Health Care for All Act (known as CalCare) that would establish a single-payer health system for the state:

Today, elected leaders in California had the opportunity to put patients first and set an example for the whole country by passing AB 1400, the California Guaranteed Health Care for All Act, in the State Assembly. Instead, Assembly Member Ash Kalra, the main author of the bill, chose not to hold a vote on this bill at all, providing cover for those who would have been forced to go on the record about where they stand on guaranteed health care for all people in California.

Nurses condemn this failure by elected representatives to put patients above profits, especially during the worst surge of Covid-19 yet, at a time when it’s more clear than ever before that health care must be a right, not just a privilege for those who can afford it.

Nurses are especially outraged that Kalra chose to just give up on patients across the state. Nurses never give up on our patients, and we will keep fighting with our allies in the grassroots movement for CalCare until all people in California can get the care they need, regardless of ability to pay.

The California Nurses Association/National Nurses United is the largest and fastest growing union and professional association of registered nurses in the nation with 100,000 members in more than 200 facilities throughout California and more than 175,000 RNs nationwide.