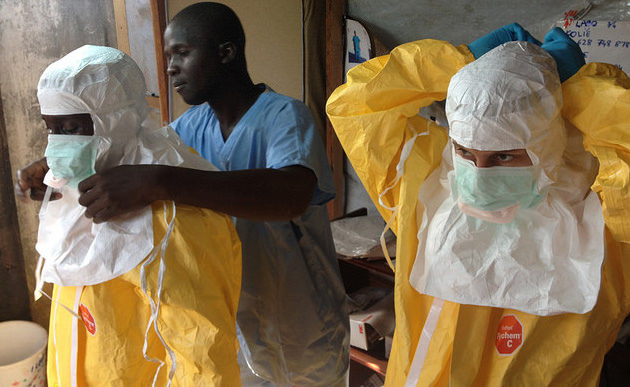 National Nurses United today announced that it has received a major donation from Kappler Incorporated, an Alabama-based garment manufacturer, of 1,000 Hazmat special protective suits for embattled nurses, doctors, and other health workers heroically fighting to stem the Ebola crisis in West Africa.

NNU, the largest U.S. organization of nurses, is now working with international relief organizations on delivery of the critically needed suits.

Lack of protective suits is a major problem slowing efforts to contain the spread of Ebola as thousands of nurses, doctors and other health workers have been infected, and many have died, in what has been called an “unprecedented” rate.

In addition to Kappler, NNU is in contact with other manufacturers to contribute personal protective suits, and with a variety of international relief organizations to arrange delivery of the suits as quickly as possible at a time when international commerce to the affected countries has been slowed due to the outbreak.

“Today’s wonderful contribution of 1,000 protective suits by Kappler is just a down payment and a start on what we know is needed,” said Bonnie Castillo, RN, director of NNU’s Registered Nurse Response Network.

“Tragically, the Ebola outbreak is only getting worse and spreading to more countries. All of us have a responsibility to support the humanitarian effort and assist the heroic nurses, doctors, and other healthcare workers who are on the frontlines risking their lives to heal the thousands of infected patients in West Africa. This is only the beginning of a stepped up effort in the U.S. We must act before it is too late,” said Castillo.

RNRN also continues to ask for donations for the purchase of additional equipment. Contributions may be made at http://www.nationalnursesunited.org/pages/rnrn-disaster-relief-fund.