New Study - Hospitals Hike Charges by Up to 18 Times Cost 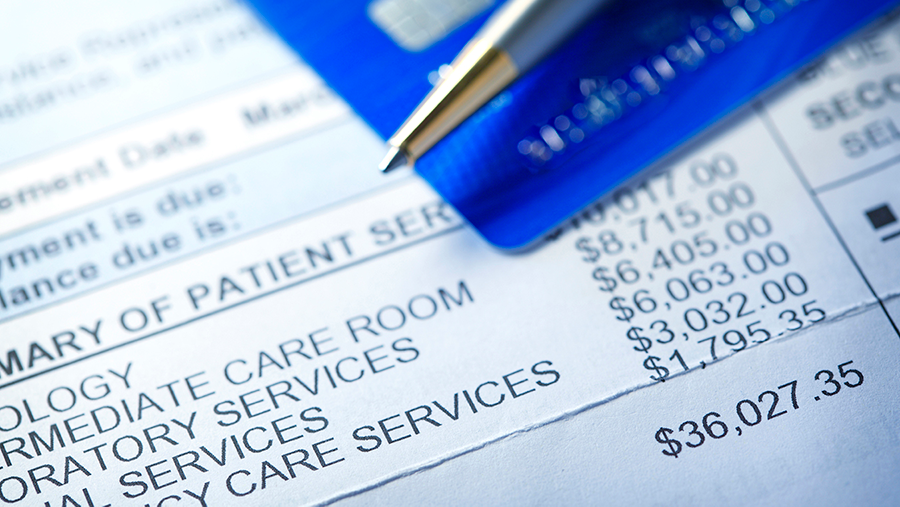 With the Covid-19 pandemic continuing to explode across the country, a new study documents that hospitals jack up charges by as much as 18 times over their costs, a substantial contributor to the growing health care crisis for patients and families.

“There is no excuse for these scandalous prices. These are not markups for luxury condo views, they are for the most basic necessity of your life: your health,” said Jean Ross, RN, president of National Nurses United, which conducted the study. It is based on Medicare cost reports for 4,203 hospitals in fiscal year 2018, the most recent data available.

“Unpayable charges are a calamity for our patients, too many of whom avoid -- at great risk to their health -- the medical care they need due to the high cost, or they become burdened by devastating debt, hounded by bill collectors or driven into bankruptcy,” said Ross.

Many patients avoid hospital care due to high costs

Surveys have found that 78 percent of adults have avoided hospital visits and, in 2018, 44 percent skipped medical care due to the cost. About 30 percent said they had to choose between paying for medical bills or basic necessities like food or housing. Last year 137.1 million people in the United States reported struggling with medical debt.

High hospital charges also drive up Covid-19 treatment costs. One study found that average charges for a Covid-19 patient requiring an inpatient stay can range from $42,486 with no or few complications to $74,310 with major complications. A Commonwealth Fund survey found that 68 percent of respondents said that “potential out-of-pocket costs would be very or somewhat important in their decision to seek care if they had symptoms of the coronavirus.”

Another open question is the fate of the Affordable Care Act. If the ACA is thrown out by the Supreme Court, the 23 million people in the United States who either buy insurance through the ACA exchanges or are covered by the expansion of Medicaid would lose coverage. Further, as many as 133 million people under age 65 who have preexisting conditions, plus the 11 million people, and counting, infected by Covid-19, would all once again be subject to insurance denial for coverage, and higher out-of-pocket costs. 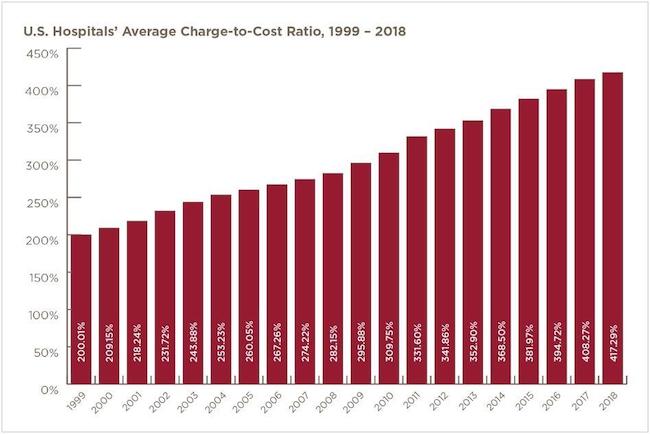 Other study highlights include:

How high hospital charges are passed on to patients

Hospitals sometimes maintain that the charge master price, essentially a list price to bargain over reimbursements from insurers, does not reflect how much insurers actually pay since negotiations between insurers and hospitals are confidential, the report notes.

However, a 2017 study found that for each additional dollar increase in list price, insurers paid an additional 15 cents to hospitals. Hospital executives have conceded that the goal of the charge master is profitability. And when the insurers pay more, their cost is typically passed along to employers, their employees or individual patients in higher premiums, deductibles, and co-pays.

Uninsured patients have the least negotiating power when slammed with the full charge, a major reason why medical bills have sparked a huge leap in medical debt lawsuits. Once the hospitals win a favorable court judgment, they often file liens against patients’ homes, or garnish their bank accounts or wages. Increasingly, hospitals sell the debt to bill collectors to hound patients, yet another reason medical debt is a leading cause of personal bankruptcy.

In Maryland, a rare state to make the data publicly accessible, hospitals have filed more than 145,000 medical debt lawsuits over the last 10 years, seeking $268.7 million in payments from patients.

As in so many other areas of society, there is a racial disparity in the impact of the high charges.  In 2019, Latinx and Indigenous people were three times, and Black people nearly twice as likely, to be uninsured as white people. Similarly, 19 percent of communities of color, compared to 15 percent for whites, had medical debt in collections.

Hospital partnerships with other health care industry sectors, such as physician staffing firms, often result in “out-of-network” surprise medical bills and supplemental charges such as “trauma” or “facility” fees, which intensify the crisis for patients. Studies show that up to four of every 10 ER trips result in surprise medical bills, in some cases with hospitals sharing the higher profits. Similarly, hospitals have increased the practice of big hikes in routine, supplemental fees, an 87 percent jump over six years in trauma fees.

While some hospitals claim they will lower those charges for these patients, or mitigate the burden through charity care, hospitals have steadily reduced the amounts of financial assistance and charity care offered to patients around the country.

How to rein in high hospital charges

Medicare is the most effective system at limiting price gouging through its bulk purchasing power to set the price it will pay. “The most viable solution to slowing the growth in hospital charges and the continued inflation of hospital prices, is to bring all health care purchasers together, under a public, nationwide single-payer plan,” the report notes.

“Nurses know that the best way to rein in these outrageous charges that create such grievous harm for our patients is with Medicare for All, as other countries have proven,” said Ross.

“Medicare for All will not only guarantee health care coverage for every person in the United States, it will end medical bankruptcies, medical debt lawsuits, and the health insecurity faced by millions who make painful choices every day about whether to seek the care they desperately need,” Ross said. 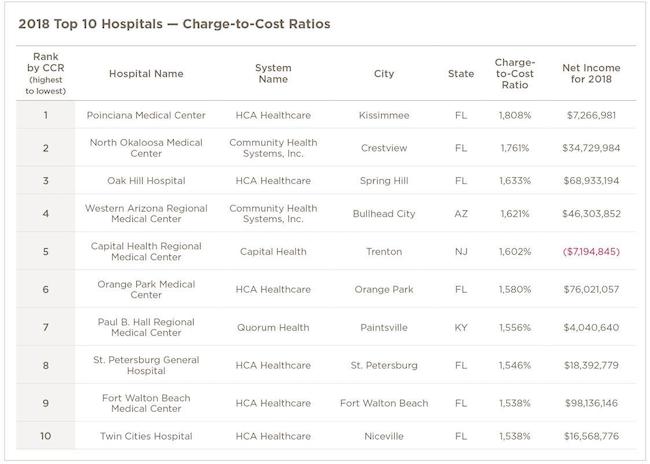