Private, not-for-profit hospitals, which dominate the California hospital landscape, rack up tax exemption benefits of close to $2 billion a year beyond what they return to communities in charity care, according to a new report released today.

The report by the Institute for Health and Socio-Economic Policy, research arm of the California Nurses Association/National Nurses United, was presented today in a Sacramento hearing of a special California Senate Select Committee on Charity Care and Nonprofit Hospitals chaired by State Sen. Ellen Corbett. CNA is calling on state officials to pass legislation to rein in the abuses.

Key findings of the report are: 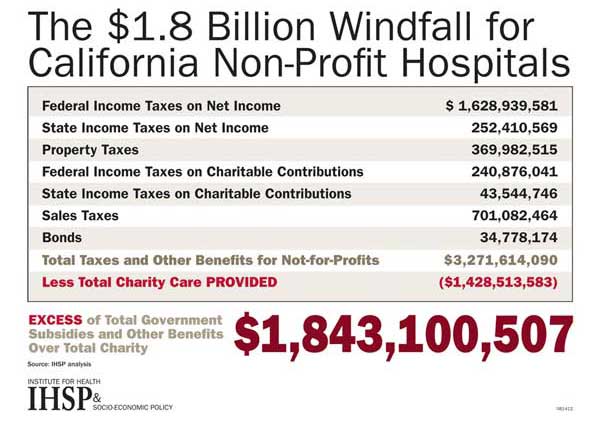 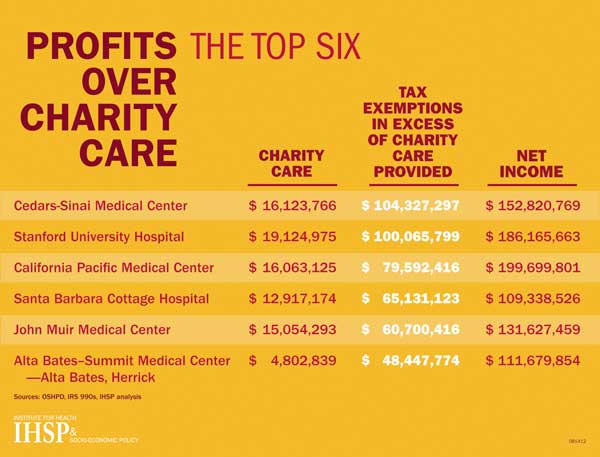 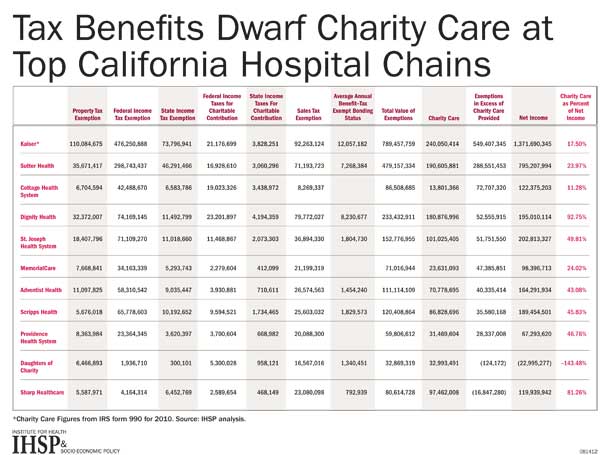 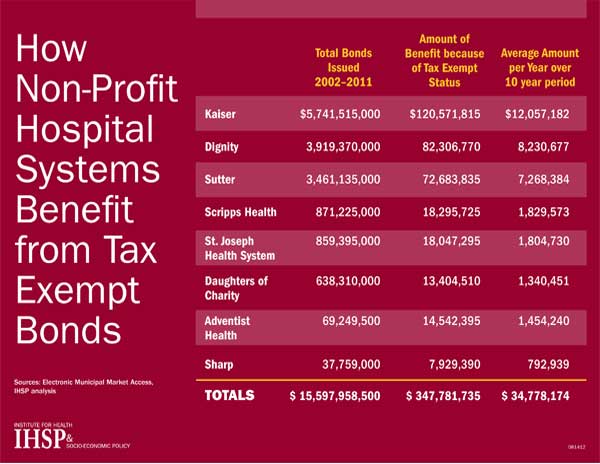 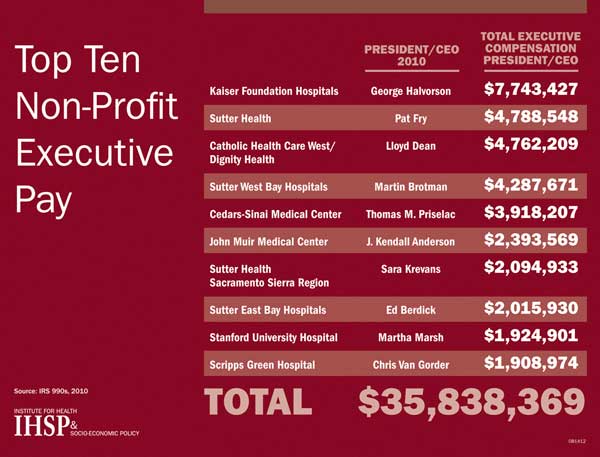 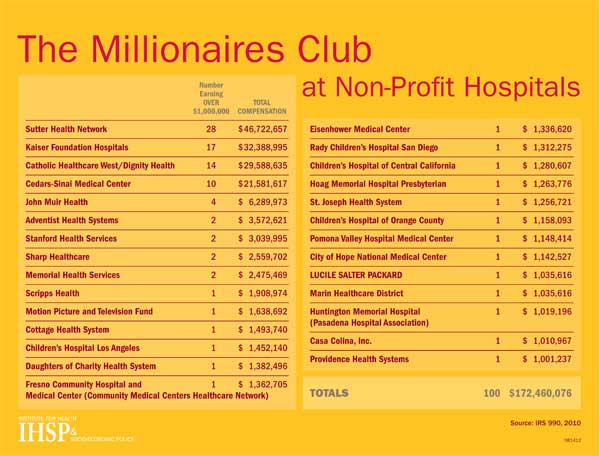 CNA Policy Director Michael Lighty, who presented the nurses report, said CNA is calling on the state to enact legislation that would:

State Auditor: ‘It’s like the Wild West of what is required’

The IHSP/CNA report follows the release last week of another report on non-profit hospitals by the California State Auditor. Speaking at the hearing, Grant Parks, Principal Auditor of the Auditor’s Office, noted that “state law does not require specific amounts of community benefit to justify (hospital’s) tax exempt status.” Further “state law is fairly permissive on what can be counted as community benefit…It’s like the Wild West of what is required,” said Parks.

State Board of Equalization member Betty Yee raised eyebrows across the room, which was filled with CNA members in red, when she noted that many non-profit hospitals actually provide “significantly less” charity care than do for-profit hospitals.

Ellen Shaffer, director of the EQUAL Health Network, a project of the Center for Policy Analysis, noted that, unlike California, 11 states can suspend tax exempt status, Texas and Alabama require specific thresholds for how much charity care a non-profit must provide, and Indiana, Maryland, and Texas levy civil penalties for late filings of reports – all of which are well beyond what California requires.

Lighty emphasized the disparity in what the non-profit hospitals provide, and cited an example from the Auditor’s report. The Auditor cited Sutter’s California Pacific Medical Center and found that the level of charity care as a percentage of profits was 17 percent for CPMC’s St. Luke’s Hospital, which serves a working class and low income community, compared to just 4 percent for CPMC other facilities that cater to wealthier neighborhoods.

Same city, San Francisco, same hospital system, great disparity, Lighty noted. If a level playing field is not established, those hospitals serving lower income communities and doing more to meet their obligation will be the ones most in danger of closing, just as Sutter/CPMC has been trying to do with St. Luke’s

In urging the state to enact legislation, CNA Co-President DeAnn McEwen, RN, said “the provision of uncompensated or ‘charity care’ is inherent in the social contract and the provision of charity care is an essential component of the community safety net.”

It is time, she said, “that private hospitals and multispecialty clinics operated by nonprofit corporations actually meet the social obligations for which they receive favorable tax treatment and patients receive the care they need.”

The IHSP report examined 196 California not-for-profit hospitals that are presently required to provide community benefit plans. IHSP arrived at the finding of $1.8 billion in excess by subtracting the total charity care profited for the 196 hospitals from the benefits they received in exemption from federal and state income taxes, property taxes, sales taxes, and benefits from qualifying for tax-exempt bonds and charitable donations.

Data sources include IRS 990 filings, reports to the California Office of Statewide Health Planning and Development (OSHPD), and other public sources.